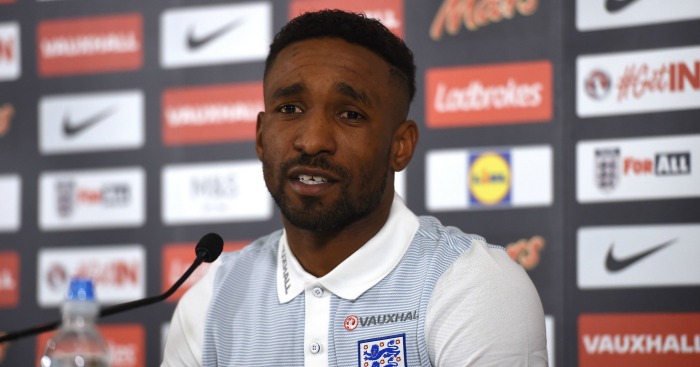 Jermain Defoe credits “clean living” and his mother’s advice for keeping him in the hunt for a World Cup place at the age of 35.

The Bournemouth striker celebrated his birthday on Saturday and is hoping to mark the occasion with a 58th England cap in Lithuania.

Many of his contemporaries are either retired, winding down or firmly out of the international picture. Wayne Rooney, four years Defoe’s junior, recently called time on his distinguished Three Lions career.

Defoe is fast becoming a mentor figure in Gareth Southgate’s youthful squad but insists he is more than able to keep up on the pitch as he looks to make amends for his omission from the 2014 tournament in Brazil.

And he puts his longevity down to a series of lifestyle choices such which include regular pilates, ice baths, teetotalism and an attempt – not always successful – to embrace a vegan diet.

“When you’re in the England squad in your twenties you’re realistic, you don’t think that at 35 you’ll still be in the squad and hopefully getting into a World Cup,” Defoe said.

“It’s clean living. I do the ice baths and the cryotherapy. I do pilates, I do massage. I understand my body a lot more than I did years ago.

“I try to be vegan but I love fish, which is a difficult one. Everyone knows I don’t drink alcohol. That’s probably why I’m still playing to be honest.

“Maybe it was my mum. As a young kid she used to say a lot of things to me. I remember being at my bedroom window … we used to live on an estate and my mates used to be there, smoking, drinking, talking to girls.

“As a young lad of course you want to be involved, but she always used to say, ‘If you want to become a professional footballer, like you’ve been telling me since you started talking, then you have to do everything right’. It’s about sacrifices.

“There are times when I’m tough on myself. I go to a restaurant and think, ‘That chocolate brownie looks nice on the menu’, and I’m like, ‘No’.

“I know all the sacrifices over the years and you get to this level because of that.”