Death threats might not be 'normal', but constant abuse is. When did fandom come to this? 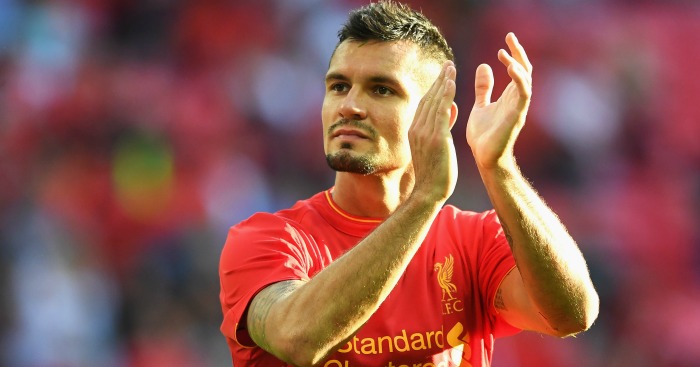 “I cannot ignore when my family is threatened,” read the Instagram post from Dejan Lovren. “I just can’t and won’t accept that.”

Lovren was desperately poor against Tottenham at Wembley ten days ago. Most said as much, including Football365. The Liverpool defender was picked for their league game against Huddersfield at the weekend by Jurgen Klopp, but suffered an injury in the warm-up. Liverpool promptly kept a clean sheet in a comfortable win. He can expect a period of time out of the first team.

This is hardly an unusual series of events. Within the uber-competitive environment of Premier League football, players lose and regain their places regularly. It is a world in which professionals must accept inconsistency as an inevitability.

‘I’m gonna murder ur family u Croatian prick’ was the threat of which Lovren spoke, received as a private Instagram message, either from an irate supporter unhappy with his team’s defeat or A N Other idiot. Eight words that could change Lovren’s life; this is an unusual series of events.

Lovren presumably felt unsure of his own safety, and in some way guilty that his family had been dragged into it as a result of his professional performance. What would that do to your morale as a person and as a footballer? His decision to publicise the abuse is a mature one, but the final word of his message rings true: “Disgusting”.

Lovren is not the first player to be threatened and he won’t be the last; he is merely the latest. When Raheem Sterling chose to move to Manchester City from Liverpool, one choice response feedback informed him that his “daughter would be hunted down and locked up”. In March, Jamie Vardy spoke about messages wishing his children were dead and said he received death threats once a week. When Bill Shankly spoke about football as a matter of life and death, this isn’t what he meant.

Welcome to the culture of feedback, 2017. In the past, if something displeased you, you grumbled about it or them to your friends or yourself. Now you tell the person responsible for your displeasure exactly what you think of them, and why they must change. The democratisation of criticism is upon us, driven by an impatient, angry consumerist society.

Fans being emotionally invested to the point of irrationality is hardly a modern phenomenon, and this is the extreme fringe of fan culture. More than 99.99% of football supporters are mature enough to treat the two imposters of hope and despair exactly the same, and can separate disappointment from anger. Even those who do get riled manage to stop short of the indecent.

Social media may not have broken fandom, but it has certainly altered it. Breaking down the wall between the famous and their public was intended to remove the barriers between them so they could talk sweetly about their favourite subject at school and their hopes for their club’s future, but it was a laughably optimistic assessment. The problem with breaking down that wall is that it makes policing the two-way conversation so difficult. Hate has festered far more than adoration.

This is also clearly not a sporting disease. Football might ignite stronger feelings than most cultural pursuits – it is difficult to envisage anyone shouting ‘Nonce’ at an opera singer – but it is merely a reflection of society in general. Some supporters are thoughtless morons because some people are thoughtless morons.

Yet giving the same access to all allowed the fringe to flourish. In 2015-16 (calendar year statistics), Greater Manchester Police recorded 243 official death threats. That was up from 185 in 2014-15 and 81 in 2013-14. Police believe that the majority of those in their most recent figures were made online.

Death threats, such as the one Lovren has been forced to endure this week, are the most extreme case. There is a general rise in verbal abuse, again fuelled by social media. Search Twitter for ‘Lovren fucking shit’ and see the unpleasant takes of many supporters, many of them Liverpool fans. Search ‘Phil Jones shit’ and see the same from Manchester United fans. Do the trick with every non-superstar player at every elite club and the same occurs. Facebook and message boards are all filled with bile, mostly by those who have not bothered to remain anonymous.

Not only does social media give the irrational supporter an instant outlet for their rage, it crucially also provides access to many other supporters like them. That is the dark underbelly of social media; it generates a herd mentality, provides a platform of anonymity and then gives you an echo chamber just for good measure. Why shouldn’t I tell a footballer that he’s a ‘f*cking c*nt’ when lots of other people are doing the same if it makes me feel powerful?

The general response to this type of piece from a certain kind of reader, is to say that footballers, like all celebrities, put themselves out there and so must expect criticism. They get paid handsomely, and with that salary and fame comes an understanding that some will love you and some will hate you. All’s fair in love, war, showbusiness and sport.

Hopefully it doesn’t need repeating just how much nonsense that is. A footballer’s salary or natural talent doesn’t make them any more deserving of vitriol for the success or failure of their job than you or I. If you walked into the kitchen of a restaurant and told a chef that you thought he was a c*nt for the way he cooked your starter, people would applaud when you were punched in the face or dragged out of the restaurant. The notion that wealth provides an emotional comfort blanket is a dangerous fallacy.

It’s also nonsense to just tell footballers not to bother with social media, although that must certainly be the temptation. Why should they have to stop doing any aspect of their lives, and particularly one that can be so positive, because some people cannot be trusted to act responsibly?

Fans of everything are entitled to express their pleasure and displeasure as a right of their support; this is not about silencing the thoughts of the reasonable. Expressing disappointment at company and club practice can force meaningful change and fight injustice.

Yet the minority really do threaten to spoil it for the majority. A footballer making a mistake is nothing new, but the personal backlash they face has become worryingly prevalent. To err is human; this sort of reaction is anything but.