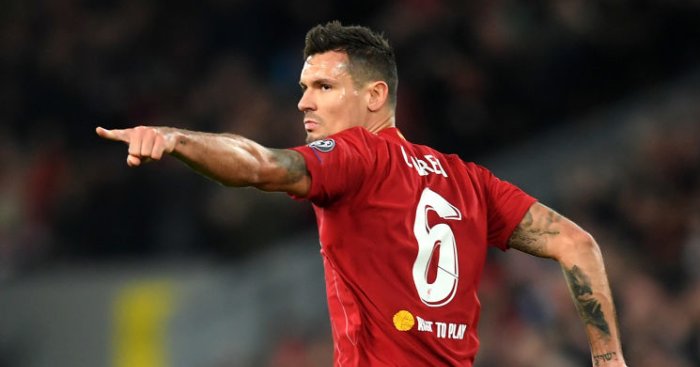 Dejan Lovren says Liverpool are “still hungry” as they go in search of more trophies this season.

Liverpool won the Champions League last term and have since picked up the UEFA Super Cup and FIFA Club World Cup this campaign.

Jurgen Klopp’s side find themselves 22 points clear at the top of the Premier League – having only dropped two points all season – while they still have a chance of winning the FA Cup and Champions League.

And Lovren is keen for Liverpool to go down with some of the greatest ever sides, including Pep Guardiola’s Barcelona team.

“I’ve been there from the beginning with Jurgen and it took quite a while, two or three years to build everything up,” Lovren told Sky Sports.

“Let’s say, we clicked this year – maybe even last year – but we missed out by one point.

“Now we understand each other, what we need, what we want. And I especially want that we are remembered maybe like the Barcelona team that won in four years [about] 20 trophies.

“Why should we not do that? I think we can do it and I want that we are remembered as one of the best teams that have played – not only for this year, but for many, many years.

“We are still hungry, still greedy and this is what makes us special to be honest.

“I think many other teams would go easy now with a 22-point lead, but we don’t look at these 22 points. We are just focused game by game and this I think is the simplest way to be the best.

“It is a good experience also for the younger ones, to understand that even if you are on top you still need to work as hard as if you were in the middle of the table or in last position.”