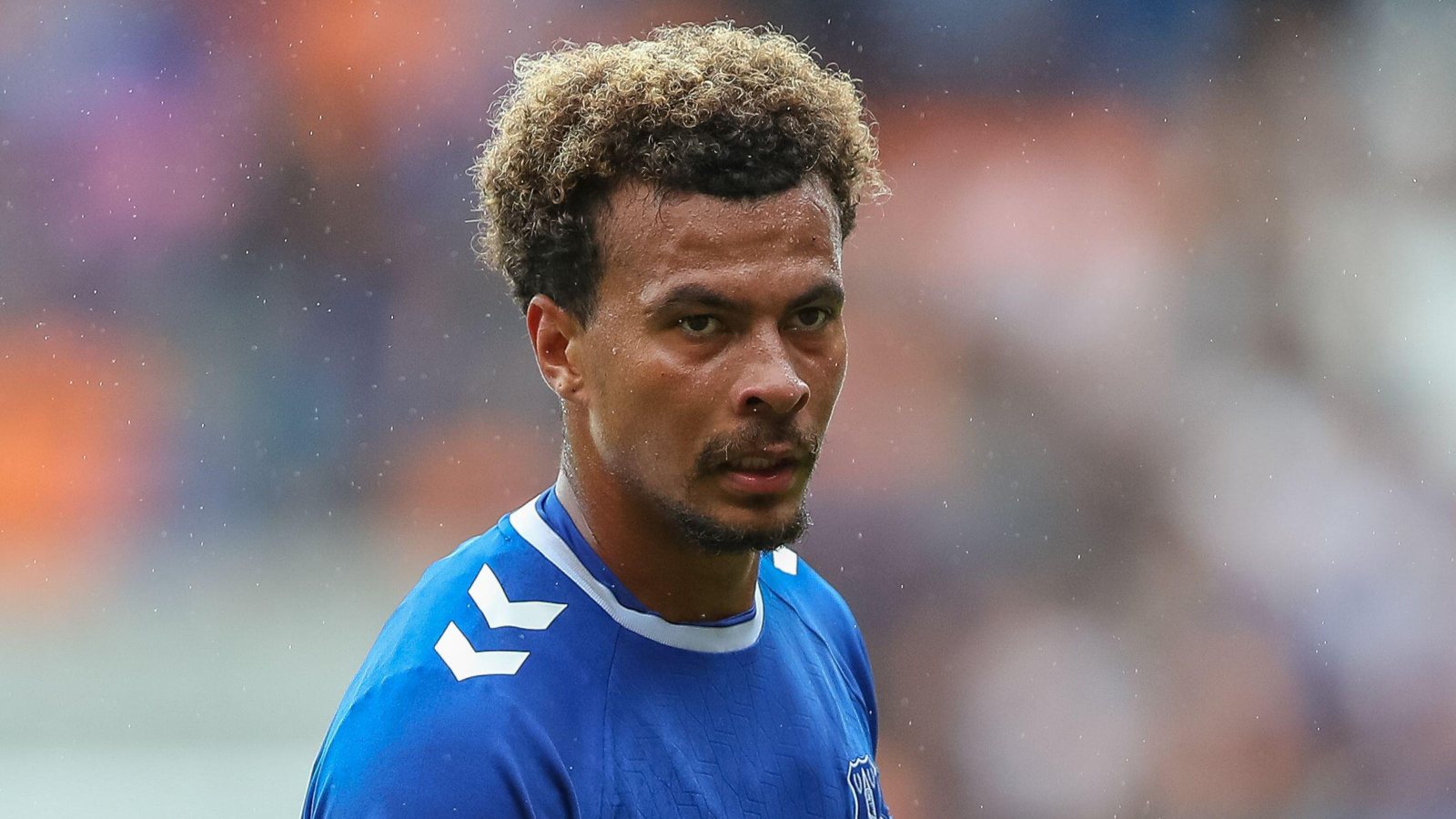 Dele Alli has reportedly told Everton he does not want to be on the bench for Saturday’s clash with Nottingham Forest as he tries to push through a transfer to Besiktas.

Alli has only been at Everton for a matter of months but the move has been nothing short of a disaster so it’s little wonder that he is eyeing a fresh start in Turkey.

The transfer is likely to be a loan with an option for a permanent deal.

A tweet from Turkish journalist Sercan Dikme reads – when translated – thus: ‘Everton have a game today, Dele Alli just talked to his club and said he doesn’t want to be in the squad.

‘Beşiktaş management and professionals work hard for Dele. Everton’s requests are not insurmountable.

‘The player wants Beşiktaş very much.’

Alli will see some familiar faces at Besiktas, who have signed his former Everton teammate Cenk Tosun as well as Burnley’s Wout Weghorst, West Ham’s Arthur Masuaku and Wolves’ Romain Saiss this summer. They are managed by sacked West Brom boss Valerien Ismael.

When quizzed about the transfer on Friday, Everton boss Frank Lampard said: “There’s interest in Dele, I think that’s come out publicly in the last couple of days.

“It’s one for us to consider ourselves behind the scenes, and one for Dele to consider for himself. For him to go it will have to be the right situation for everybody.

“It’s been quite negative (media speculation regarding Alli) and not fair for a young man who has been one of the world’s best as a young player.

“I think we should just respect the fact that he needs to keep working and it is his career.”

Alli played 29 minutes as a striker in Everton’s season opener with Chelsea and then came off the bench for just nine minutes at the end of a defeat to Aston Villa.

Everton are set to sign Ajax forward Mohammed Kudus as a potential replacement for Alli, with Fabrizio Romano claiming that he has agreed personal terms with the club.

The Ghanaian started just four Eredivisie games last season as he struggled with injury and has started this season at Ajax on the fringes of the first XI with just a handful of minutes. He would sign on a loan deal with an option to make the transfer permanent.