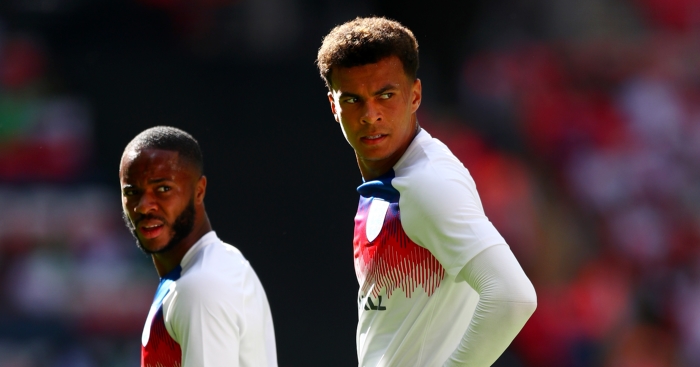 Dele Alli has described criticism directed at Raheem Sterling as the worst he has seen.

The Manchester City forward was singled out in particular for his performances at Euro 2016 as England crashed out to Iceland in the last 16.

Tottenham playmaker Alli told the OTRO app: “The worst I’ve ever seen is Raheem at the Euros. He is honestly one of the best people you could meet in terms of how he’s dealt with everything.

“That was my first major tournament and Raheem’s a year older than me. I don’t know how I would have handled all the heat that they were putting on him.

“Raheem was playing first team a lot sooner than I was and was a much bigger name before I started coming onto the scene.

“I already had this picture of him from what I’d seen and when you meet him he’s one of the nicest people I’ve ever worked with and he’s so focused and dedicated. But you hear and read all this s**t about him.”