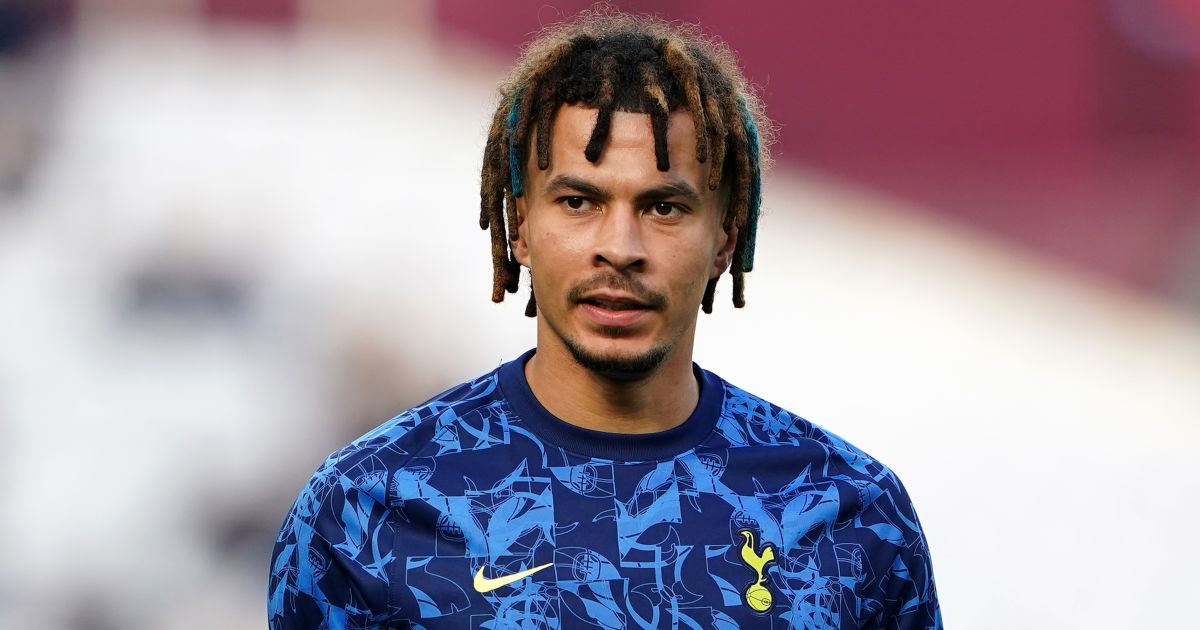 Everton will sign Dele Alli from Tottenham before the end of the January transfer window, according to reports.

Alli looks likely to leave Spurs today after finding himself not included in Antonio Conte’s plans at the club, with Newcastle and the Toffees both linked over the January transfer window.

Spurs boss Conte has been attempting to rebuild the squad this month with a number of players linked with moves away from the Tottenham Hotspur Stadium.

Alli has found himself as a peripheral figure in north London over the last couple of seasons after initially bursting onto the scene after signing from MK Dons in 2015.

He scored 50 Premier League goals in his first five seasons at Spurs but has scored just once in his last two seasons.

Three different managers have taken charge of Spurs in the last two years, with Jose Mourinho, Nuno Espirito Santo and Antonio Conte all unable to get Alli back to his best.

And now transfer expert Fabrizio Romano claims that a dela for Alli could cost Everton €40m (£33.3m) depending on Alli and the club’s performances.

It’s an initial free transfer with ‘€12m after 20 games and bonuses for next years’ with the two clubs ‘now signing contracts’.

Details: free transfer, €12m after 20 games and bonuses for next years.

It could reach €35/40m but of course depends on Dele/team performances.

Meanwhile, former Tottenham boss Harry Redknapp reckons that Alli would love playing under Frank Lampard at Everton with the potential for a move to revitalise his career.

“Frank [Lampard] knows he needs some results. They are sucked into [the relegation battle]. He’s getting the boy from Man United hopefully, whose career needs resurrecting,” Redknapp told talkSPORT.

“His confidence is low, but there’s a footballer is there. We saw him at Ajax, the boy can really play.

“It’s up to Frank now to get the best out of him. He’s been linked with Dele Alli, I’d love to see him take Dele Alli and turn his career around.

“He’s a great talent, someone somewhere, and Dele Alli also, needs to get back on track. There’s a great player in there somewhere.”

Tottenham have now confirmed the signings of Dejan Kulusevski and Rodrigo Bentancur, while Tanguy Ndombele has left to join Lyon on loan.