Home All The News Report: Dele Alli left out of Spurs squad to face Chelsea 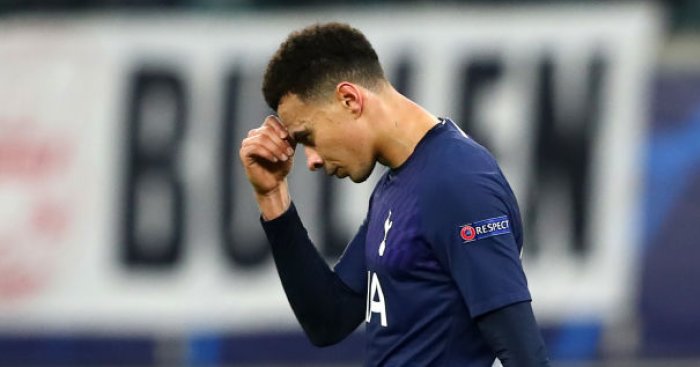 Dele Alli has reportedly been left out of Tottenham’s Carabao Cup squad ahead of their meeting with Chelsea on Tuesday evening.

The midfielder started the first Premier League game of the season against Everton, was taken off at half-time, and has since only appeared as a substitute in the Europa League.

Alli was set to play against Leyton Orient in the third round of the Carabao Cup last week before it was cancelled.

And after missing the draw with Newcastle at the weekend was expected to feature against London rivals Chelsea.

But The Telegraph claim he is set to be left out as uncertainty over his future at Spurs continues.

Mourinho has already admitted that the Europa League play-off on Thursday is his priority as he looks set to rotate his squad to face the Blues.

“What would you do in my position? I would like to fight for the Carabao but I don’t think I can,” he said.

“We have a game on Thursday that gives us not as much money as the Champions League, but the group phase of the Europa League gives us a certain amount that for a club like us is very important.

“It’s a competition with a possible group phase that gives us a good chance to go through to the next knockout stage, so this game on Thursday is very important for us.”

Paris Saint-Germain have reportedly shown an interest in the England international and explored the possibility of a season-long loan, but reports of talks have since gone quiet.