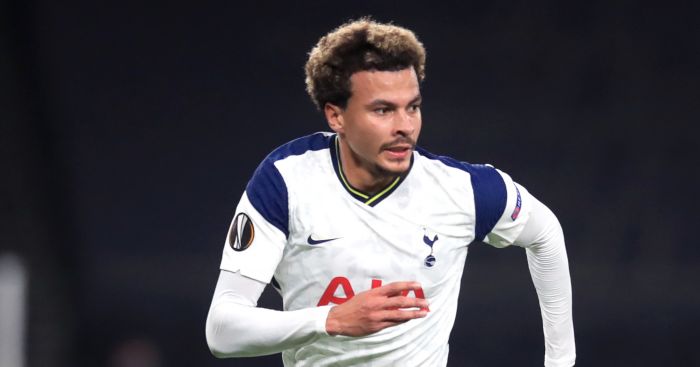 The Europa League being what it is and Tottenham’s other group-stage opponents being what they are means this 1-0 defeat in Antwerp, while undeniably piss poor, probably isn’t a particularly damaging result. Certainly, of Tottenham’s two away days in this congested midweek, this was the one they could more afford to lose.

It’s a bad result, but they’ll probably still qualify handily enough in the end. The performance, though. That’s another matter. Because that performance was an absolute stinker. Not even the nine changes made from Monday night could truly excuse it because the top boys were all involved by the end – Kane, Son – without it ever really getting any better.

Furthermore, the decisive goal was a result of a howler from Ben Davies, who was one of the two to play against Burnley.

Again, though, even that individual mistake – notable and conspicuous as it was – isn’t the big problem. One individual mistake could be chalked up to misfortune. Yet Spurs were one giant mistake for the whole 90 minutes. It was not Davies’ only bad moment in a harrowing evening at centre-back, while Davinson Sanchez alongside him put in the sort of display that shows why Eric Dier is in Tottenham’s first-choice XI.

But even the defensive errors and the fact on another night Antwerp’s margin of victory could easily have been greater still isn’t the biggest issue. The biggest problem of all wasn’t even just how very poor Spurs looked going forward. That’s two games now against well-drilled, highly-committed yet with all due respect limited opponents where Spurs have failed to create a notable chance from open play.

Even applying all the usual Europa League caveats – including the extra ones that specifically apply this season – the biggest problem was just how bad everyone and everything was.

Nobody on the fringes took their chance here. Gareth Bale still looks way off the pace, while Dele Alli simply looks entirely gone. On a night when Spurs were as bad as it is surely possible for them to be, he still stood out. And not in a good way.

For the second time this season, he started a game but didn’t emerge after half-time. Everything about his game that made him so thrilling is just no longer there. The vision, the enterprise, the joy, the confidence. Most obviously the confidence. Twice he had the chance to run at the Antwerp defence or get a shot away. Twice he chose to do neither. Think of all Dele Alli’s great Tottenham goals – and there are quite a few. Right now he wouldn’t even attempt most of them. The flick and spin and finish at Palace, the control on the run and shot flashed in off the post at Chelsea. Forget it. He has.

And his conservatism didn’t even work; he still gave the ball away with alarming frequency. It looked like a player reaching the end of his journey with this club. It was in truth sad to watch.

But Dele was far from alone in having a stinker. Bale will be given time, but there must be concern that he is still so very far short of the required match sharpness. Steven Bergwijn remains a puzzle, giving every indication that he could and should be a more composed, more intelligent, more versatile and useful Lucas Moura but ultimately being none of those things. Son Heung-Min looked exhausted, and Kane couldn’t make anything happen when he replaced Bale on the hour.

Antwerp, it must be said, were as good as Spurs were poor. The plan was clear and followed to the letter, with a ponderous, lethargic Spurs never looking like finding a way through the low block yet always looking desperately vulnerable to the counter-attack.

Even in the second half, when Antwerp would have expected to have their backs to the wall, it was never really the case. It was they who had the only clear chances of the second half, Dieumerci Mbokani blazing over from a couple of yards after Sanchez and Davies were caught out yet again, and Simen Juklerod firing wildly over the bar when set clean through on goal.

The hosts’ goalscorer Lior Refaelov was also presented with a chance by an errant Harry Winks backpass that required a goal-saving block from Sanchez.

The harsh reality of this performance was that not one Spurs player involved, starting XI or the five substitutes deployed before an hour had been played, walk off with reputation enhanced.

On that basis, the winners of the night from a Spurs perspective were the likes of Matt Doherty, Moussa Sissoko, Tanguy Ndombele and Toby Alderweireld – in his hometown – who played no part.

And Mourinho, of course, who despite his massive squad no longer has any selection headaches to worry about. As he put it: “My future choices are going to be very easy.”