Home All The News Delph ‘furious’ with Everton over statement backlash 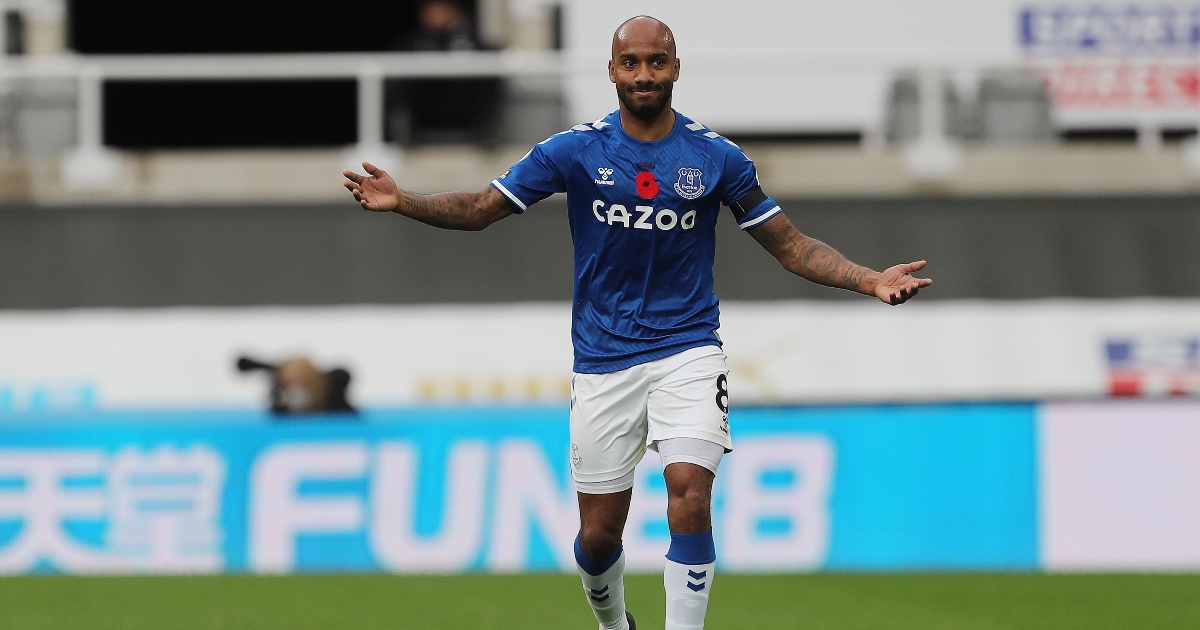 Fabian Delph is reportedly ‘furious’ after an Everton statement led to speculation he had been suspended by the club.

The Everton statement on Tuesday read: ‘Everton can confirm it has suspended a first-team player pending a police investigation.

‘The club will continue to support the authorities with their inquiries and will not be making any further statement at this time.’

Coupled with a police statement in which the player in question was aged at 31, Delph became one of two footballers to fit the bill.

Delph was among two Everton players to miss their flight to Orlando on Wednesday to take part in the Florida Cup; the other is the suspended individual.

Since news broke of Everton’s decision to suspend their player on Tuesday, Delph has faced abuse and speculation on social media that he is the player at the centre of the story, despite missing the trip as a ‘precautionary measure after coming into contact with someone who has since tested positive for COVID-19’.

It even led to this utter bullsh*t…

This is simply f***ing disgusting. pic.twitter.com/KLCLCXW6kF

More on that in Mediawatch.

A post to Instagram on Tuesday, his first in three months, showed him in training, with the caption: ‘Working hard in pre-season’. That was pretty telling.

And The Athletic claim Delph is ‘furious over the situation he was placed in by the club’s statement’.

Delph is said to have let the club know of his anger over the situation he and his family have been placed in.

It has been the toughest of starts to Rafael Benitez’s Everton tenure, particularly with the Spaniard already well aware of the need to hit the ground running and win over sceptical supporters, many of whom did not want him to land the job in the first place.

“Rafa is very pragmatic and calm and won’t allow this to detract from his sole focus of preparing the team properly and doing what he needs to do in terms of bringing new players in,” one source told The Athletic. “He’s very experienced and is unflappable.

“He is there to do a job and can’t be expected to answer for matters that have nothing to do with his remit.”