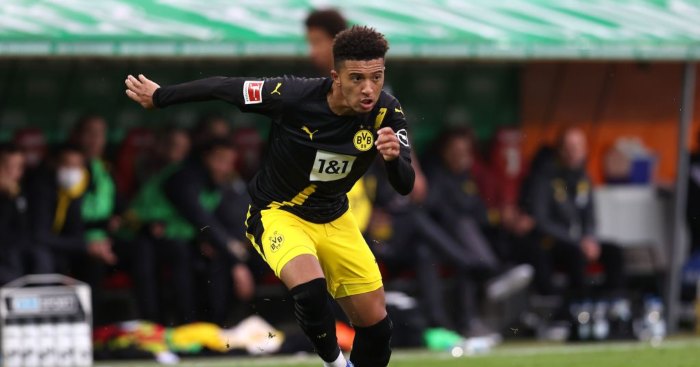 Man Utd were playing a “poker game against somebody who wasn’t even at the table” during their negotiations over Jadon Sancho, according to German football expert Raphael Honigstein.

Borussia Dortmund winger Sancho was the Red Devils’ No.1 target this summer, but a long drawn out transfer fiasco ended with Man Utd refusing to muster the £108million that the Bundesliga club were asking for.

Man Utd did do some business, though, with five new additions on deadline day following Donny van de Beek to Old Trafford.

“In sporting terms, Dortmund are happy that he stayed,” Honigstein told Sky Sports, when asked about United’s failings over a move for Sancho.

“The irritation from their point of view was that they were very proactive. They understood that United were in the running and they understood that Sancho was tempted to go there. They also realised fairly early on that there wasn’t anyone else bidding against United, so they set out their terms.

“More important than the €120m asking price was the deadline of August 10. Dortmund knew if they sold Sancho in September or October, the €120m would look pretty in the bank but to them it was of no use because they wouldn’t find anyone who would be value for money. Clubs would be quoting them double the price they would usually because they would all want the Sancho money.

“Once the deadline passed, United laboured under the delusion that the price would come down. But if anything, it entrenched Dortmund’s position that he couldn’t leave. Once they went public with that, a reputational aspect came into it as well. Once you tell your team, your manager and the whole public that he’s not leaving, it’s almost impossible to climb down.

“United either didn’t want to or couldn’t do the deal on Dortmund’s terms, and then spent two months playing a poker game against somebody who wasn’t even at the table.

“It showed a lack of understanding on Dortmund’s position and hurt them in as much that, if you then want to pursue your B, C and D options, they should’ve done that from August 10 – not September 10 or October 1. They ran out of time and the knock-on effect of pursuing Sancho in the manner they did was damaging to them.”