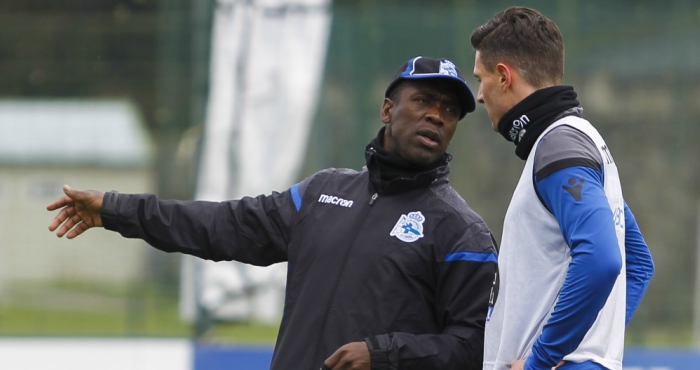 It hasn’t been a great few years for Deportivo de La Coruña. The legendary title-winning side of the turn of the century is now no more than a distant, fondly-held memory, and the Galician side now find themselves plunging towards relegation from the La Liga for the third time in seven years.

Dépor are currently 19th in the table on 17 points, without a win in over two months, and are now onto their third manager of the season. Pepe Mel, who had kept them in the top flight last season, was sent packing back in October with the club in 16th place. He was replaced by Deportivo B manager Cristóbal Parralo, who was put in charge of first team affairs until the end of the season.

Unsurprisingly, the inexperienced Parralo was unable to succeed where Mel had failed, and his fate was sealed following an astonishingly bad 5-0 defeat to fellow strugglers Real Sociedad at the start of February. You would think that now would be the time to bring in an experienced helmsman in to guide the good ship Deportivo to safety. Dépor president Tino Fernández, however, would disagree.

Instead he chose to put his faith in the unproven yet undoubtedly eye-catching Clarence Seedorf, hoping that some of his star quality will rub off onto Dépor’s talented yet under-performing squad.

The idea is that a manager who had such a distinguished playing career will instantly command the respect of the dressing room, and the players will in turn raise their game to impress him. Lord knows they need a morale boost; their last three games under Parralo saw them lose 7-1 to Real Madrid, throw away a two-goal lead to draw a six-pointer with Levante, and ship five goals against a pretty poor Real Sociedad.

Still, we have seen before that appointing an accomplished ex-player with minimal managerial experience can be a risky strategy when the team is in trouble (just ask Tony Adams, Gary Neville and Alan Shearer), and Seedorf’s managerial record is hardly anything to write home about. He won 11 of his 22 games as manager of Milan, losing nine, and won only three of his 13 matches in charge of Chinese side Shenzhen FC. How he performs at Deportivo could make or break his nascent managerial career.

He certainly has his work cut out. It looks likely that the three sides to go down this season will come from a group of four – Levante, Las Palmas, Deportivo and Málaga. Málaga look more or less finished, but Las Palmas have been resurgent under their new manager Paco Jémez. Levante haven’t won in 11 games, but are beginning to show signs of improvement.

If Deportivo are to finish above the other three sides, Seedorf has to find a way to plug the leak in their defence. They have conceded 52 goals in their 23 games this season, more than anyone else in La Liga. They have at least scored 24 goals, which goes to show that they can win games if they solidify defensively.

At his unveiling, Seedorf spoke of the need to unify and galvanise the squad, saying that “until the end of the season, there is no time for individuals. The important thing is the group.”

In his first game in charge against Real Betis at Riazor on Monday night, there were signs that his message was getting through to the players. The despondency of the Parralo era seemed to have been lifted, and they were more combative and better organised than before. Although the green shoots of recovery crept through, it was in a losing cause as the wonderfully-named Loren Morón’s goal inflicted another potentially costly defeat on the home side.

Despite the defeat, Seedorf was encouraged by his side’s performance. “We wanted a different result but there are more games to come and we are convinced this is the way to go” said the Dutchman. “We have already seen a change in energy and attitude.”

The foundations have been laid, but Seedorf knows that Rome wasn’t built in a day. This particular building project does require rather a lot of urgency to prevent Dépor being sucked back down into the Segunda, and positive results need to follow on from positive performances. The future of Deportivo, and Seedorf’s reputation as a manager, depend on it.