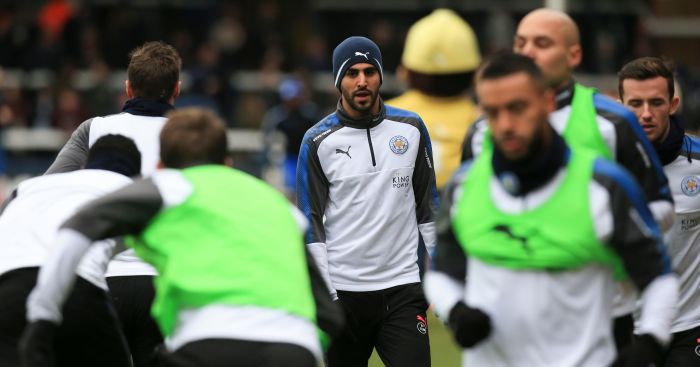 Riyad Mahrez has missed another Leicester training session after his move to Manchester City collapsed, according to reports.

Mahrez emerged as a serious target for the Premier League leaders heading into the final days of the January transfer window.

City made three offers for the player, according to reports, but each fell short of Leicester’s £95million valuation.

The player’s friend subsequently said that the Algerian was “depressed” after the move broke down, and it is now reported that he missed training on Thursday.

Rob Dorsett of Sky Sports says that the player is ‘technically in breach of his contract’ at the King Power Stadium, having now been absent for two training sessions and one match – the defeat to Everton on Wednesday.

If only he had Mino Raiola as his agent, he’d have gone by now…

I’m told Riyad Mahrez failed to report for #lcfc training this morning. He has now missed two training sessions and a game, so is technically in breach of contract and on strike. Sources say he is depressed after failing to get his move to #mcfc.