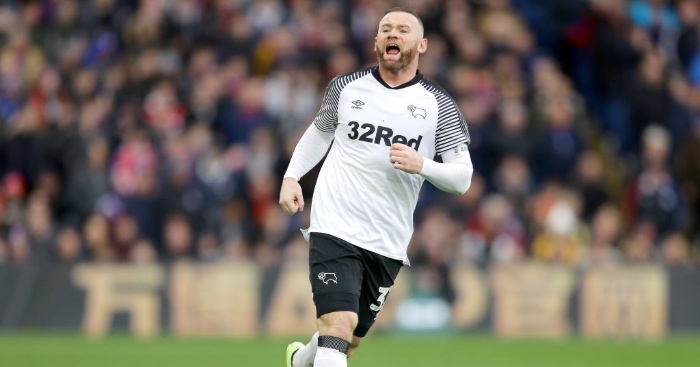 The Dutch manager believes Rooney’s “delivery” was superb as Chris Martin’s goal was enough to see off the Rams.

The game also saw a piece of VAR history, as John Oliver became the first referee in English football to consult the pitch-side monitor.

Luka Milivojevic was initially given a yellow card after an altercation with Tom Huddlestone, but Oliver turned yellow to red as the replays showed the Palace midfielder kick out at Huddlestone before pushing head towards the Ram’s veteran.

Speaking about Wayne Rooney’s impact Cocu said: “He influenced the game a lot because you could see his experience.

“He knows when to receive the ball and has great delivery when he gives it. The other players know he will give the pass so they will make the runs.

“A big part of the success today is the combination between him and Tom Huddlestone – it was a pleasure to watch. Overall it was an excellent team performance. We tried to take the initiative even though it was an away game.”