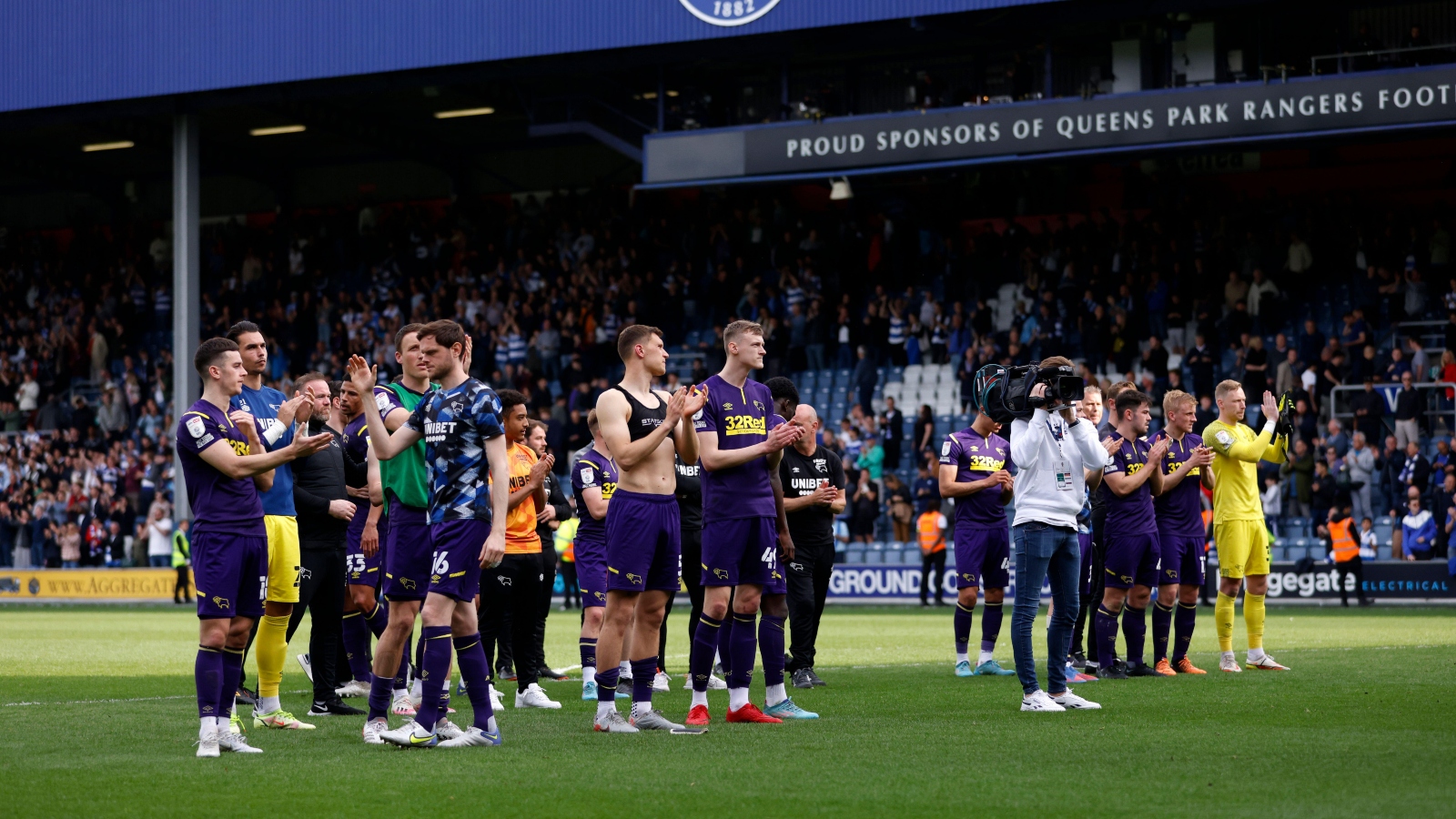 Wayne Rooney’s Derby County have been relegated from the Championship following a 1-0 defeat at Queens Park Rangers.

Gossip: Haaland future to be confirmed in the next two weeks…

County finished the match with 10 men after Tom Lawrence was sent off for a second yellow card following a challenge on Charlie Austin in the final seconds.

Derby’s hopes of staying up looked set to remain mathematically alive at least until a last-gasp leveller earned fellow strugglers Reading a point as they came from 4-1 down to draw 4-4 with Swansea.

Rooney‘s side, who have been fighting an uphill battle ever since being hit with a 21-point deduction for their financial problems, gave their survival chances a shot in the arm by beating leaders Fulham on Good Friday but were unable to follow that up against Rangers, whose win was their first in seven matches.

Results this afternoon mean we'll fall short in our attempts to overcome the obstacles in front of us this season.

Thank you for your incredible support during the most challenging of campaigns 🐏🖤🤍#DCFC #dcfcfans pic.twitter.com/9dxXL3u8Qy

Ilias Chair played the ball in from the left to Lyndon Dykes, who in turn laid it to his right and the unmarked Amos, the midfielder calmly guiding his finish past goalkeeper Ryan Allsop.

Amos had an early goal disallowed when keeper Kieren Westwood’s long kick was headed on by Dykes to the former Tottenham man, who nudged the ball past Allsop and slotted into an empty net but was adjudged to have been offside.

Luke Plange missed a glorious chance to put Derby ahead, heading Lawrence’s left-wing free-kick against the top of the bar from close range.

Another Lawrence set-piece, this time a corner from right, caused more problems for Rangers shortly before the interval, with Krystian Bielik volleying over after Westwood’s fumble.

With Reading behind at half-time, Derby knew victory could see them close the gap, but it was QPR who were on the front foot for much of the second half.

They almost took the lead a couple of minutes after the restart when Chair cut in from the left and saw his right-footed strike pushed over by Allsop, who also kept out a long-range effort from Dykes.

Derby did threaten in the later stages, with Malcom Ebiowei causing QPR major problems on the right flank.

Andre Dozzell diverted an Ebiowei cross narrowly wide of his own goal and Nathan Byrne was denied at point-blank range by Westwood.

But Amos’ third goal in five matches and sixth of the season left Derby facing up to League One football next season.