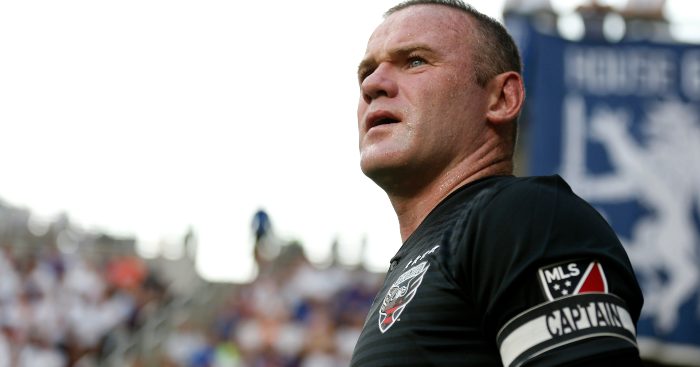 Derby owner Mel Morris has confirmed the club are attempting to finalise a move for former England captain Wayne Rooney.

The 33-year-old, who is under contract at MLS side DC United until the end of their 2021 season, is discussing a player-coach role at Pride Park – where his former England team-mate Frank Lampard was given his first opportunity in management last year.

News of Derby’s interest in Rooney emerged shortly before they opened their new Championship campaign with a 2-1 victory away at Huddersfield on Monday night.

Pictures appeared on social media on Tuesday morning of the former Everton and Manchester United striker at Heathrow airport having flown in from Washington DC, and from there he headed to Derby’s training ground.

“It’s literally only been a couple of days in the offing,” Morris told Talksport. “The starting point was that we understood he was keen to return to the UK and we decided to see if we could do something off the back of that.

“It’s never done until it’s done and obviously we are very focused and keen to get this over the line.”

Following the win at Huddersfield, Derby boss Phillip Cocu – who replaced Lampard this summer – was asked about the reports linking the Rams with Rooney but he was coy in his replies.

Morris confirmed Cocu has spoken with Rooney and described those talks as “critical” to the deal becoming a possibility.

“The key thing for me is the conversation he had with Phillip Cocu, which was absolutely critical to the interest that Wayne has,” he said.

“From my side of it, why wouldn’t you want a player with his career and background? His achievements are absolutely phenomenal.”

Rooney joined DC United last summer on a three-and-a-half-year contract after one season back at his boyhood club Everton, where he started his glittering career.

Bringing in a player of Rooney’s stature has raised questions about the cost of the deal and the wages he might be paid, but Morris allayed any Financial Fair Play fears.

He said: “We’ve maintained all along that we want to be compliant with FFP and I don’t see anything in this deal that would change that.”

Derby are hopeful a deal could be confirmed as early as Tuesday, with the Championship transfer window set to close on Thursday at 5pm.

There have been reports on Tuesday morning about rivals clubs attempting to hi-jack Derby’s move for Rooney, with West Brom and Burnley the two clubs to be named, but Morris is “confident” of getting the deal over the line.

“I’m sure once people hear the news you’re inevitably going to get interest from elsewhere but I’m confident this will get sorted out, although it’s never done until it’s done.”