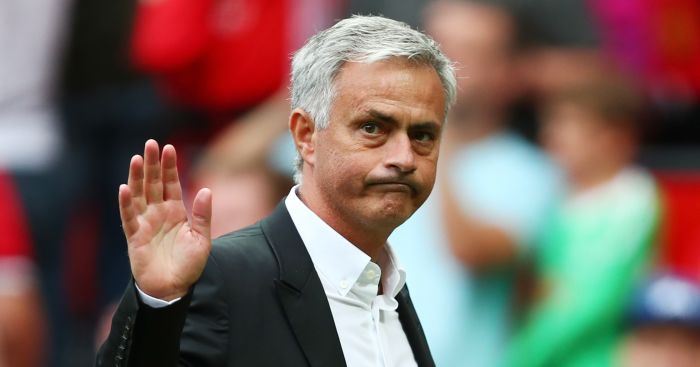 Jose Mourinho would be interested in taking the PSG job, according to France boss Didier Deschamps.

Manchester United boss Mourinho has been linked with big-spending Paris St Germain since he gave an interview on French television last month.

Mourinho dismissed the possibility of ending his managerial career at Old Trafford and spoke of interest in PSG’s bid to shake up the established order in Europe with their recent recruitment.

The Portuguese later played down suggestions he will leave for Paris St Germain and affirmed his commitment to United, but Deschamps believes France would be an attractive destination for the 54-year-old.

“PSG is the most stand-out team in France, they are doing well nationally and in the Champions League,” Deschamps said ahead of Friday’s friendly with Wales in Paris.

“He (Mourinho) is pretty happy at Man United at the moment – but why not?

“He’s a bit of a globe-trotter and he hasn’t been to France yet.”

Deschamps plans to rotate his squad against Wales and away to Germany on Tuesday.

He made the point on a couple of occasions that he is “without eight players” but he still chose to ignore Karim Benzema.

The Real Madrid striker has been exiled from the national team since being placed under investigation in November 2015 on suspicion of involvement in an alleged blackmail plot against France team-mate Mathieu Valbuena.

Deschamps has shown little sign of changing tack on Benzema, who has scored only twice in 12 appearances for Real this season, and did not want to talk on the subject at his pre-match press conference on Thursday.

“In the media you can debate whatever you want,” Deschamps said.

“You choose your topics and I choose 24 players – and I am bothered by this.

“It’s up to the media to choose their topics, but I just remain focused on the French team.”

But Deschamps was happy to give his backing to Antoine Griezmann, despite the Atletico Madrid striker having failed to score in his last seven appearances for his club.

“Antoine has been a great player for the French team,” Deschamps said.

“He’s very experienced and one of the main players in the group.

“It doesn’t necessarily mean he’s going to play 90 minutes, but I don’t doubt him and I don’t see why anyone should doubt him.”