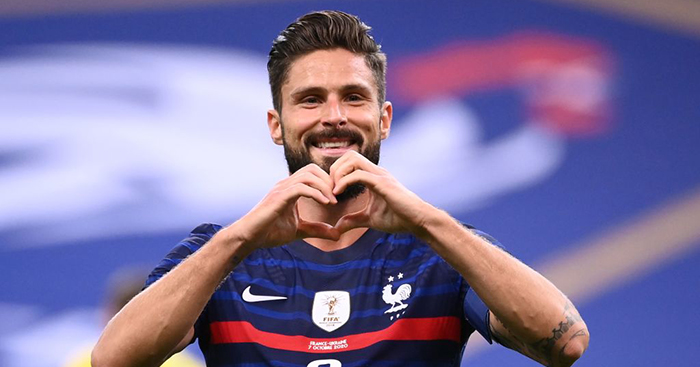 France boss Didier Deschamps has urged Olivier Giroud to leave Chelsea if he wants to represent his country in the European Championships in the summer.

The arrival of Timo Werner has predictably reduced Giroud’s game time for the Blues this season; he’s started just once, in the Carabao Cup defeat to Spurs.

Frozen out: The players yet to make a Premier League bench…

And Deschamps has made it clear that Giroud needs to be playing club football if he wants to keep his place in the international squad and explained that Anthony Martial currently has the edge over him for that reason.

“He knows it, what he is going through now cannot continue,” Deschamps told RTL. “For March, he will have to find a solution that is different to the one he is in now.”

“I make the choices that seem best to me for the France team.

“With Anthony [Martial], who is a good player, it allows us to have a little more depth.

“Compared to Olivier, he has to be impacted, first of all with the situation he has at his club, knowing that he has a large frame and that he needs rhythm, it’s hard.

“That’s not why I want to lose him, it’s complicated, we’ll talk, but obviously he has every interest in it not lasting, for him, to remain competitive, but we must not forget what he did with us and what he is still able to do.

“Anthony has a different profile but one that gives options. Anthony, today, is more fulfilled and in better physical and psychological conditions, obviously.”