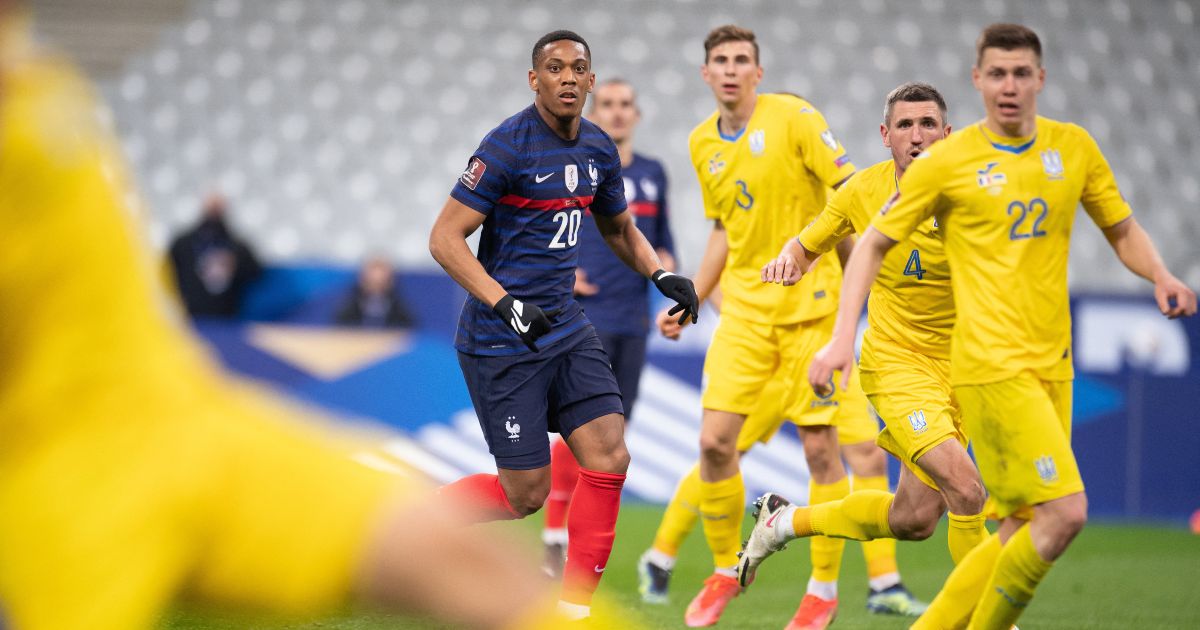 Didier Deschamps says “anything serious” has been “dismissed” after Manchester United forward Anthony Martial picked up an injury on France duty.

Martial had to be taken off in the 2-0 victory over Kazakhstan on Sunday with the United star looking in pain over a knee problem.

However, the 25-year-old has remained with France for treatment rather than heading back to United and Deschamps hasn’t ruled out Martial making an appearances against Bosnia in France’s World Cup qualifier on Wednesday night.

Deschamps said: “Anthony has a small issue on his knee. Nothing is decided yet. He won’t be taking part in the training session a bit later. We’ll see tomorrow.

“Anything serious has been dismissed. We’ve run some tests, but there’s still the pain, and having travelled as long as we have, that hasn’t helped.”

Paul Pogba is another United player on international duty for France after just returning from a troublesome thigh issue.

The Man Utd midfielder came off the bench in their 1-1 draw against Ukraine but started their win over Kazakhstan on Sunday.

And Deschamps thinks Pogba has a good chance of starting against Bosnia, he added: “He started the last game, so that should answer it. If I started him in the last game, it’s because I thought he could start.

“He needs time to find his rhythm, but he feels good. As games go by, it’ll allow him to improve.”

“First and foremost, let me talk about what the players did and the federation did, that was great. It was great I thought what they did, because they’re taking a stand and I think football also can be that,” Henry told BBC’s Newsnight.

“Those players need to realise that they have a voice and they can change a lot of stuff. Now, is it right that the World Cup is there (in Qatar)? I want to know from the big guns. Come out and explain what’s happening.

“And also I don’t know if you saw, they say they will not take action against those teams that did that because you can’t take action.

“What they did is great, it’s a great gesture for everybody. Can you come up and explain? Show your face and talk to us and let’s have a discussion about it.”