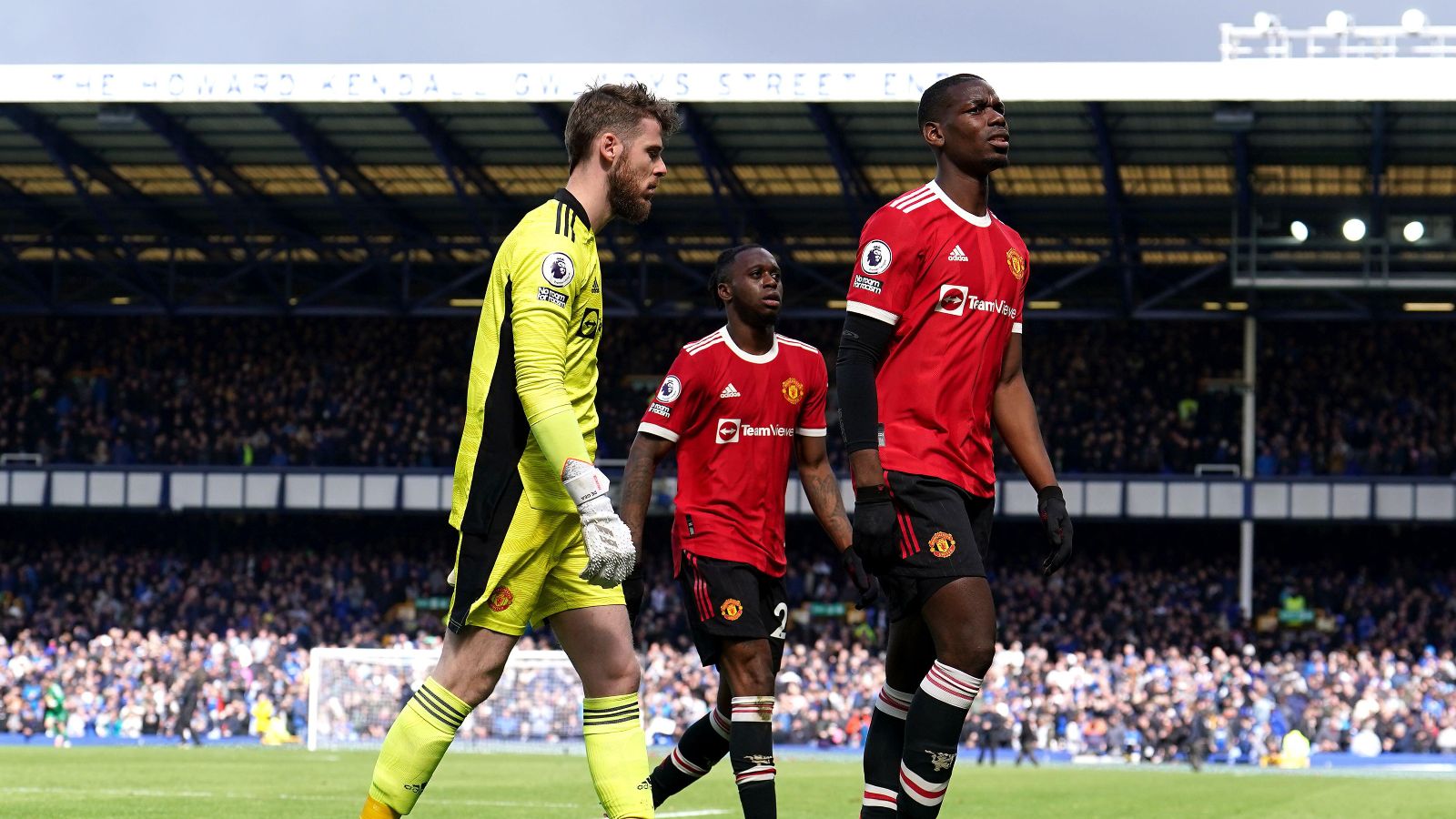 David De Gea has laid into his Man Utd teammates following their 1-0 loss at Goodison Park against Frank Lampard’s Everton.

The Red Devils travelled to face Everton on Saturday afternoon.

Man Utd performed poorly as they were beaten by the Toffees, who are currently 17th in the Premier League.

Anthony Gordon netted the winning goal. His shot found the net via a significant deflection off Harry Maguire.

United are now without a win in three games across all competitions. They are three points adrift of the top four but teams above them have games in hand.

De Gea admitted post-match that United’s performance was “not acceptable”:

“They [Everton] played Wednesday and they were tired but they had more desire than us, that is not acceptable. Very sad to lose today,” De Gea said.

“It is a disgrace from us, we should be winning this game.”

Ralf Rangnick doesn’t believe the talk of who will be the club’s next manager is affecting his team:

“I don’t think this should be an excuse. We are Manchester United. We have lots of international players. There shouldn’t be an alibi. There will be a new manager next season. If this is announced now or in 10 days it shouldn’t have an impact,” Rangnick insisted.