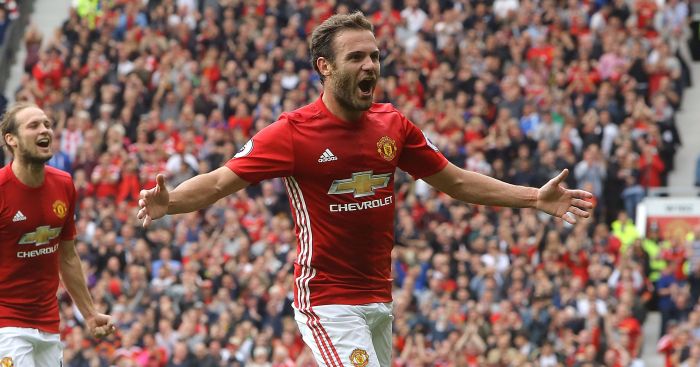 Jose Mourinho has held talks with Manchester United midfielder Juan Mata over a new deal at Old Trafford, according to reports.

Mata played a starring role in the Red Devils’ 4-1 victory over defending Premier League champions Leicester City on Saturday and The Sun claims that the midfielder has told Mourinho that he is “desperate” to remain at the club.

Paul Pogba and Henrikh Mkhitaryan arrived in the summer to reinforce United’s midfield and questions marks were raised over Mata’s future after leaving Chelsea – then managed by Mourinho – for Old Trafford in 2014.

The Spaniard has two years left on his £130,000-a-week contract at United and is thought to be keen to extend his stay in Manchester.

A United source told The Sun: “There have been talks, but Juan is still in the dark over his future at the club.

“He is desperate to stay and likes his life in the Manchester area. It is all down to Jose’s decision now.

“United don’t want to leave this one rumbling though and are keen to sort it before the New Year.”

The report continues by saying that United’s hierarchy are keen to hand Marcus Rashford a new contract that would make him the highest paid teenager in world football.