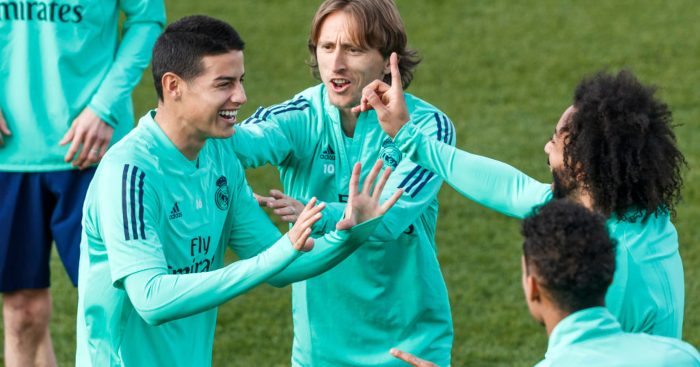 Real Madrid are prepared to take a huge loss in an attempt to get ‘long-term’ Man Utd target James Rodriguez off their books, according to reports.

He has been linked with a move to Manchester United recently with Real president Florentino Perez reportedly willing accept ‘less than €30m (£26m)’ for Rodriguez.

And now The Sun claims that Man Utd have been offered a ‘cut-price deal for long-term transfer target’ Rodriguez, who Real Madrid bought for £100m from Monaco in 2014.

The report adds that Los Blancos now accept that ‘they may struggle to get even half of’ the fee they paid the French club six years ago with Rodriguez set to enter the final 12 months of his contract at the Bernabeu.

Rodriguez is one of Real’s higher earners ‘on around £250,000 per week and Madrid want to free up space on their wage bill’.

At Man Utd ‘funds are likely to be limited this summer and Ole Gunnar Solskjaer is currently weighing up how best to spend his cash’.