What do Arsenal need? A good news story, that's what. Thankfully there are two weeks left in the window... 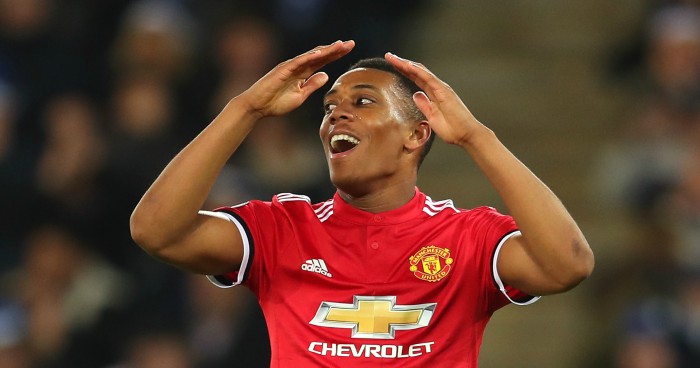 Man United desperately need ‘oomph’
And nobody has more oomph that a motivated Alexis Sanchez. Remember that Luis Suarez-style maelstrom of energy that threatened to startle Arsenal out of their malaise before realising that he would always be the exception rather than the rule, and deciding that his future lay anywhere but the sleepy Emirates? The hope is that a combination of Jose Mourinho, an actual fight for actual trophies and a desire to prove a point to every journalist, fan or pundit that doubted his ridiculous talents will unleash that streetfighting Sanchez again. You know, the one that is almost a parody of a South American footballer.

And boy do United need him. They have guile in the shape of Juan Mata, pace via the lightening feet of Antony Martial and Marcus Rashford and an improbable combination of finishing and energy from the never-knowingly-still Jesse Lingard, but they lack a dynamo; they lack an irresistible force of nature. When a central midfielder tops your dribble charts, you know you need ‘oomph’ further up the pitch.

Arsenal desperately need a good news story
If at the end of the transfer window, they have sold Theo Walcott and Francis Coquelin for over £30m and somehow eked £35m out of Manchester United for a player with just a few months left on his contract and yet brought in the pairing that scored 60-plus goals in one season for Borussia Dortmund, then everything looks a little bit brighter. And things have been dark at Arsenal for so long that the smallest of lamps will provide a comforting glow.

Theo Walcott also going to Everton. If Arsenal lose Sanchez and Walcott, but gain Aubameyang and Mkhitaryan, then it's not so bad after all…

The slivers of good news from Arsenal’s season (Jack Wilshere’s fitness, Ainsley Maitland-Niles’ emergence) have been drowned in a sea of bad news (Alexis Sanchez leaving, Mesut Ozil in limbo, the continued injury to Santi Cazorla, the disappointment of Alexandre Lacazette, the football); how Arsene Wenger must long for one of those rare moments when he can stretch out his arms in triumph rather than despair. In the absence of uplifting performances, they must produce uplifting transfers.

Newcastle desperately need quality
The eleven players who started Newcastle’s predictably forgettable 1-1 draw with Swansea on Saturday all played in the Championship last season. That tells you pretty much all you need to know about Newcastle’s desperate need for new faces. They spent north of £35m on six not-quite players in the summer and not a single one of those not-quite players was deemed worthy of starting against a poor Swansea side. For all Mikel Merino’s obvious talent, Rafa Benitez is still opting for Mo Diame and Jonjo Shelvey.

Newcastle need quality throughout the team, but particularly up front. When your top Premier League scorer is a Stoke reject with four goals, you know you have problems. A striker would ideally be followed by a goalkeeper, two full-backs and a central midfielder, but right now both Benitez and Newcastle would take a striker worthy of the description.

Chelsea desperately need a new striker
Alvaro Morata is broken. Playing far more football than he has ever played is taking its toll on the Spaniard in his first season as a first-choice striker. But Antonio Conte believes he has no option but to continue flogging a dead (or at least knackered) horse, with literally no trust for Michy Batshuayi, who has played fewer Premier League minutes than every Chelsea player bar Charly Musonda and Ethan Ampadu. And Conte absolutely will not countenance playing them together; 15 minutes in the Carabao Cup was apparently enough to convince him that was a bad idea.

Chelsea need back-up that Conte actually wants and thus will actually play, and it seems that back-up may come in the awkward but occasionally effective shape of Andy Carroll. We’re actually convinced it is a good idea. Ish. Morata probably thinks it’s a good idea too as he might actually get a day off.

Currently trying to get my head around the mere concept of Andy Carroll being summoned from the Chelsea bench as they look for that all-important away goal at the Nou Camp.

Swansea City desperately need creativity
In Tammy Abraham, Jordan Ayew and Wilfred Bony, Swansea do not have anything close to a stellar front line, but they do – in theory at least – have more goal threat than 14 goals in 23 games would suggest. The problem comes in chance creation, with the Swans taking just 8.5 shots per game, comfortably the lowest in the division. That’s what happens when you sell Gylfi Sigurdsson and his 13 Premier League assists. This season their assist-leader is distinctly average midfielder Tom Carroll on three.

The problem is that Swansea have a whole glut of distinctly average midfielders and not one who looks likely to create the chances to drag Swansea out of their current mess. Instead of a fruitless pursuit for Kevin Gameiro, Swansea might be better advised to take advantage of Norwich’s cash-flow problems and chuck some money at them for James Maddison. Or anybody else who can take a decent free-kick.