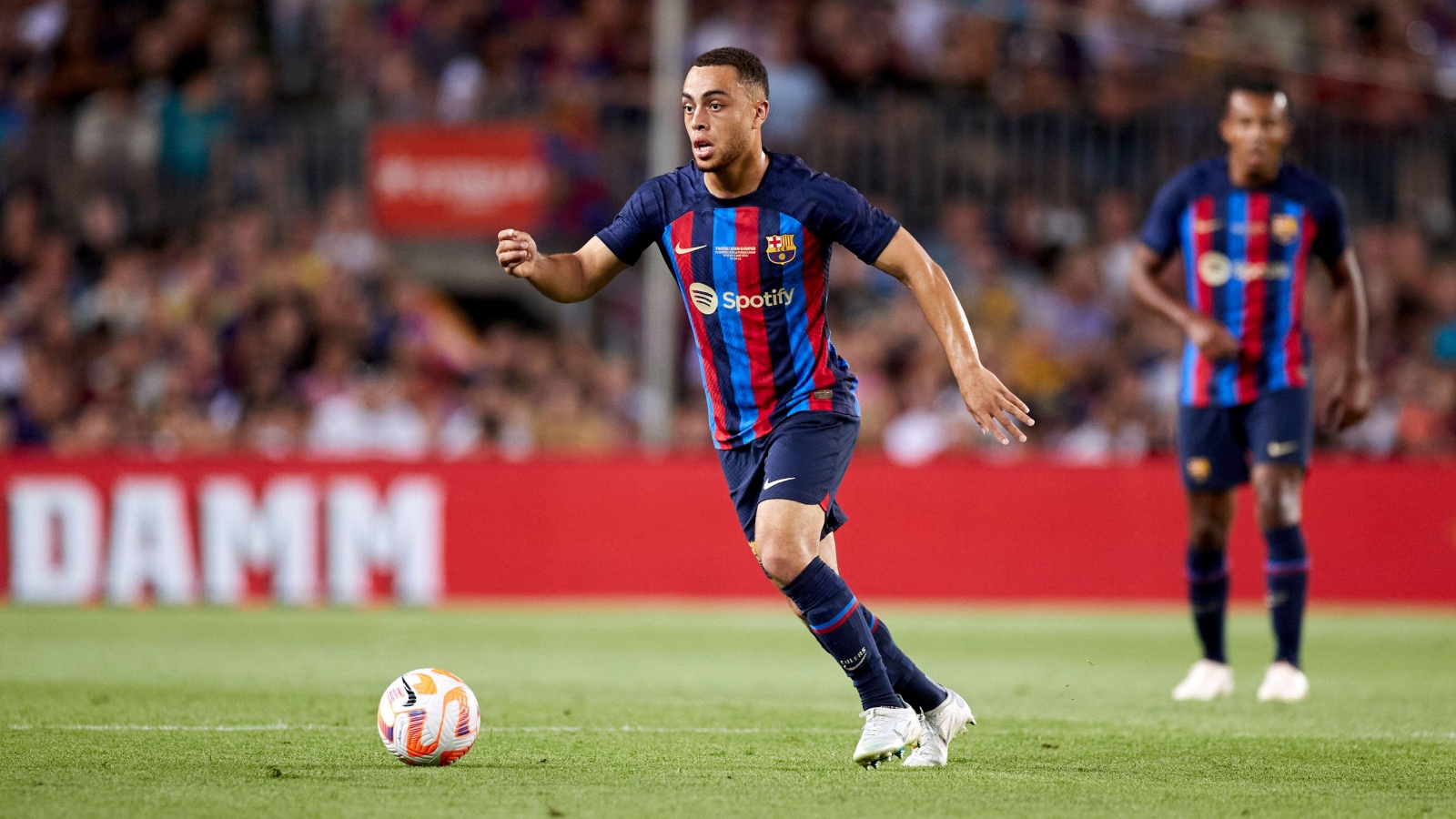 Manchester United are close to signing Barcelona right-back Sergino Dest for €20million, according to reports in Spain.

The Red Devils have been in constant communication with the Catalan club this summer over their pursuit of Frenkie de Jong.

Unfortunately for them, the Dutch midfielder does not seem keen on a move to Old Trafford.

With the transfer window closing in two weeks’ time, United have some important business to attend to.

A new central midfielder is extremely necessary and a report on Tuesday suggested the club are ‘confident’ they will recruit an ‘elite player’ in that position before the window slams shut.

Erik ten Hag is also keen on signing a winger, striker and backup goalkeeper as he aims to guide his side to a top-half finish this season.

David de Gea has received plenty of criticism after a horror show against Brentford on Saturday.

United were comfortably beaten 4-0 by the Bees and the Spanish goalkeeper came out afterwards and took the blame for the disastrous result.

Brentford opened the scoring after Josh Dasilva’s weak shot went through De Gea’s even weaker hands, before they scored a second after the 31-year-old stitched up his new teammate Christian Eriksen with a good old-fashioned hospital ball.

Should De Gea get injured, suspended, sold, benched or conveniently disappear, Ten Hag will have to turn to Tom Heaton, which is less than ideal, with all due respect.

The idea of signing a new No. 2 certainly makes sense – less sense than a new No. 1, but it’s a start.

Sommer has entered the final 12 months of his contract and BILD have claimed he is contemplating his future in Germany.

Gladbach are in talks with the 33-year-old over a new contract and the player is relaxed about the situation, though a move to the Premier League may be appealing.

There is a three-year deal on the table for Sommer, who could opt to stay with the World Cup coming up.

Another position at Old Trafford that Ten Hag is open to improving is right-back.

Diogo Dalot has established himself as the club’s first choice in this position with Aaron Wan-Bissaka failing to impress since his £50m move from Crystal Palace in 2019.

Barcelona’s Sergino Dest has been linked with the Red Devils over the past week after Xavi decided he no longer wants to keep the American.

According to Spanish newspaper Sport (via Managing Barca), talks between United and Barca are now at the ‘final stages’.

Dest is expected to cost €20m (£16.8m), though United may need to offload Wan-Bissaka before signing the American.