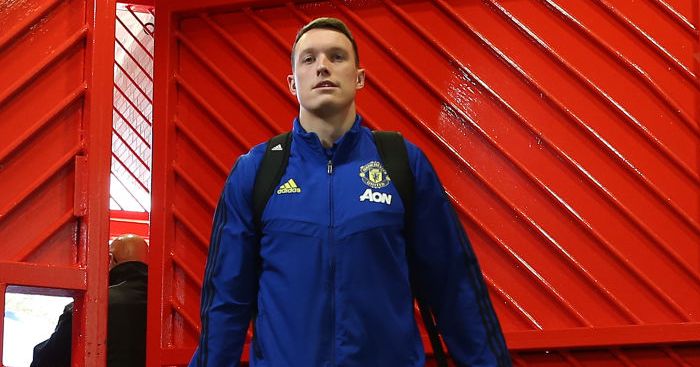 Phil Jones turned down a Manchester United testimonial due to ‘his flagging popularity’.

Jones joined United from Blackburn in 2011 and, as part of the four-year contract he signed in February, would have been able to request a ten-year testimonial in 2021.

But The Athletic say he rejected the prospect because of his status as a regrettable punchline.

It is added that Jones ‘tends to turn the joke on himself’ when asked about the situation, responding: “Apart from my mum and dad, who else would turn up?”

The story adds that Jones was “devastated” after last weekend’s Sheffield United game, which was his first Premier League start of the season.

The centre-half was at fault for the first goal and substituted at half-time as Ole Gunnar Solskjaer’s side contrived to be a bit bad.