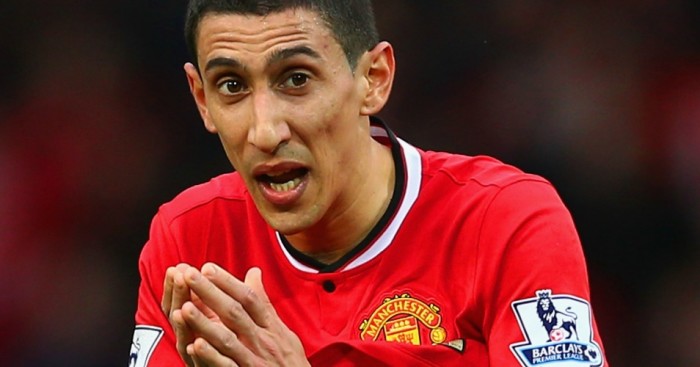 Angel Di Maria says he never really wanted to join Manchester United and says he wanted to leave “as quickly as possible” after his home was robbed.

The Argentina winger arrived at United in 2014 for £59.7million from Real Madrid but he lasted just one miserable season at Old Trafford before joining Paris Saint-Germain in the summer, with the Red Devils somehow recouping £44million.

Di Maria says he had “problems with people” at United, in what is likely to be a reference to Louis van Gaal, who tried and failed to get the star to fit into United’s system before giving up on the club’s record signing after just a year.

In an interview with Marca, Di Maria said: “My intention was always to stay [at Madrid]. I don’t really know what happened on the inside [of the deal] these are things that representatives deal with. It happens in football.”

On his nightmare spell at United, he said: “I started very well but then I had problems with people at the club, I started being left on the bench, then my home was robbed. It all just made me want to get out of there as quickly as possible.”

“My move to PSG could have happened before this summer but it didn’t for financial reasons and I ended up going to United. In the summer I had the chance to go there again and I could not say no.”

“He’s aware of that and he knows he can do a lot better.”