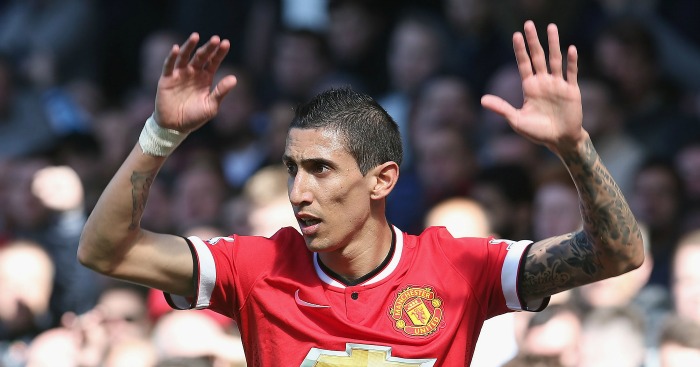 Angel Di Maria does not want to be reminded of his “sad experience” at Manchester United as he looks to drive Paris St Germain on to domestic and European success.

The 27-year-old arrived at Old Trafford in a much-heralded £59.7m switch from Real Madrid in August 2014, but left for France last summer after 32 appearances in his one season.

And Di Maria has no regrets about his £44m switch to join Laurent Blanc’s squad, who are the runaway leaders of Ligue 1 and face Chelsea for a place in the quarter-finals of the Champions League.

“Manchester United was a sad experience. Things didn’t go as I had hoped. I was disappointed and it didn’t help me to rise to the surface,” Di Maria told L’Equipe.

“Honestly, I don’t even remember any more what happened and I don’t want to remember. I am happy to be here and that’s the most important thing.”

Di Maria is confident he can continue to impress for PSG, having scored eight goals in Ligue 1 and created many more alongside Swedish striker Zlatan Ibrahimovic and fellow South Amercians Lucas Moura and Edinson Cavani.

“Every day here I feel better and better integrated into the team, the club and the city and that’s reflected in my performances,” he said.

“I know that the two matches to come against Chelsea will determine a lot of things. Everyone sees us as the favourites. We don’t see it that way. It is Chelsea – they have a quality squad and players that every club in Europe would want to have.”