Angel Di Maria has complained of his treatment from Louis van Gaal at Man United. Again. 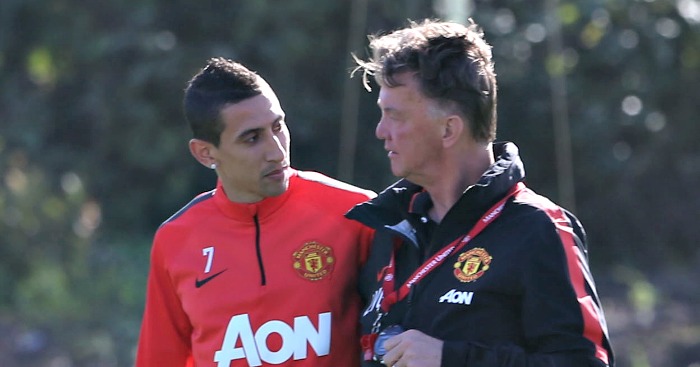 Angel di Maria says he was unable to settle at Manchester United because his position kept changing under boss Louis van Gaal.

The Argentinian joined United from Real Madrid for a British record £59.7million in 2014 but left for Paris St Germain in August – and he has no regrets about the move.

“It’s up to the manager to decide but I think the player should be comfortable in that position and adapt to it.

“I left and that team are still playing the same way. Out of the European competitions, far from being champions of the Premier League.

“I don’t think it was my fault, or the fault of my team-mates. Every time I was given the opportunity I did all I could but it didn’t work out as I hoped.

“So I decided to leave, not only to he happy but to win things. That’s what I’m doing here.”

PSG have already wrapped up the Ligue 1 title and are looking forward to a Champions League quarter-final against Manchester City.

“I’m very thankful to the manager (Laurent Blanc). From the beginning he was clear where he wanted to play me and has never changed his mind,” Di Maria added.

“He has given me total freedom to move where I need to move and I’m very happy here. It wasn’t the case over there (United).”

However, Di Maria is expected to miss Saturday’s home match with Nice after returning with a minor injury from international duty with Argentina.