Home All The News Di Maria was unhappy with Man United, claims translator 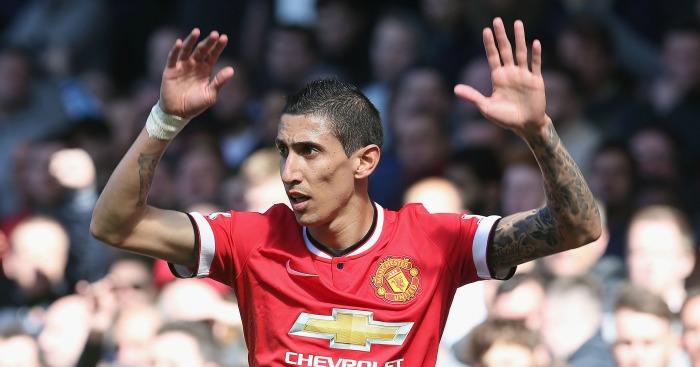 Angel di Maria was “unhappy” at Manchester United for two particular reasons, according to a former translator for the club.

Di Maria moved to Old Trafford for a then-British record £59.7million in August 2014, but left within the year.

Débora Gomes, a former translator who started working with United when Di Maria joined, says he was “unhappy” for two reasons.

“I noticed a lot,” she told Esporte Interativo. “So much so that I had the opportunity to talk to him. And he was unhappy at the club.

“Firstly, he couldn’t communicate with anyone. And second because he realised the club bought him not because the club thought ‘oh, he will bring titles to us because he is a good player.’ No. Because they simply wanted to sell his shirts.

“This I heard inside the club, the people talking. ‘Di Maria sells T-shirts, so let’s buy him’. So he was not happy.

“Then I realised, after Sir Alex Ferguson left the club, the club lost interest in football. It’s money, money, money. It’s making money and that’s it. So the players, when they try and decide who to buy, they will meticulously say: ‘what will bring more money?’ They are not thinking of bringing joy to the fans. They are thinking of selling.”