Home All The News Di Matteo: Villa need to get back to basics after Luton loss 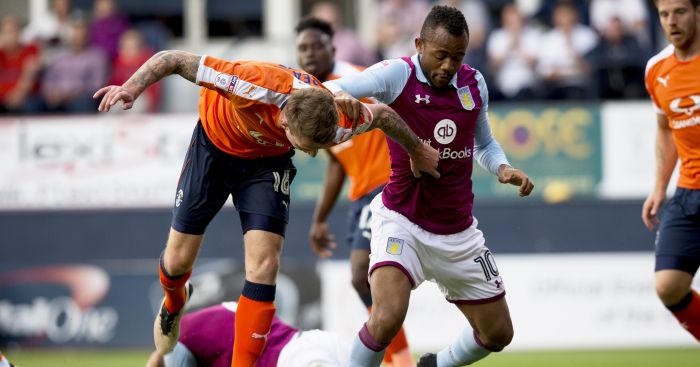 Aston Villa boss Roberto Di Matteo has bemoaned his side’s second-half display after crashing out of the EFL Cup with a 3-1 defeat to League Two Luton.

The Villa chief, who has now lost his first two competitive games since taking charge of the club, saw the hangover from relegation out of the Premier League continue as they were deservedly knocked out by the Hatters.

Championship side Villa dominated the opening 20 minutes, hitting the frame of the goal twice and taking the lead through Jordan Ayew’s 13th-minute strike.

But Luton levelled nine minutes before the break through Jake Gray before Cameron McGeehan put Luton ahead early in the second half and Jores Okore comically put through his own net in the 66th minute.

Di Matteo said: “We went deservedly ahead, and then let Luton back into the game as second half they dominated us and we looked disjointed as a team.

“It wasn’t a team performance, also difficult to explain from first half to second half how we changed so much.”

FT: @LutonTown 3-1 @AVFCOfficial – #AVFC out of the @EFLCup after Kenilworth Road round one defeat. #LTNAVL

Villa are without a win in any competition since February 6 and Di Matteo admitted the team need to toughen up mentally.

The former Chelsea boss added: “Certainly there’s some fragility there, because after we conceded the equaliser you could see they were a little bit nervous, but I didn’t expect in the second half we would play like that.

“We have to work together as a team and try to get a win and grow their confidence.

“We let ourselves down and lose games, so we probably have to go back to basics, defend well, defend our box and take our chances. We did create chances but we need to make sure we don’t concede so easily.”

Luton boss Nathan Jones, whose side will host Leeds in the second round, was thrilled with his players.

He said: “I’m very, very proud, I thought they were excellent.

“We started very slowly but once we realised we could affect a football game against Aston Villa, I thought we were excellent, especially second half.

“They showed they could competed first half but second half they showed a real desire to win a football match and I thought we were excellent.

“We had a little bit of fortune at times, they hit the woodwork, but it was slim margins.”