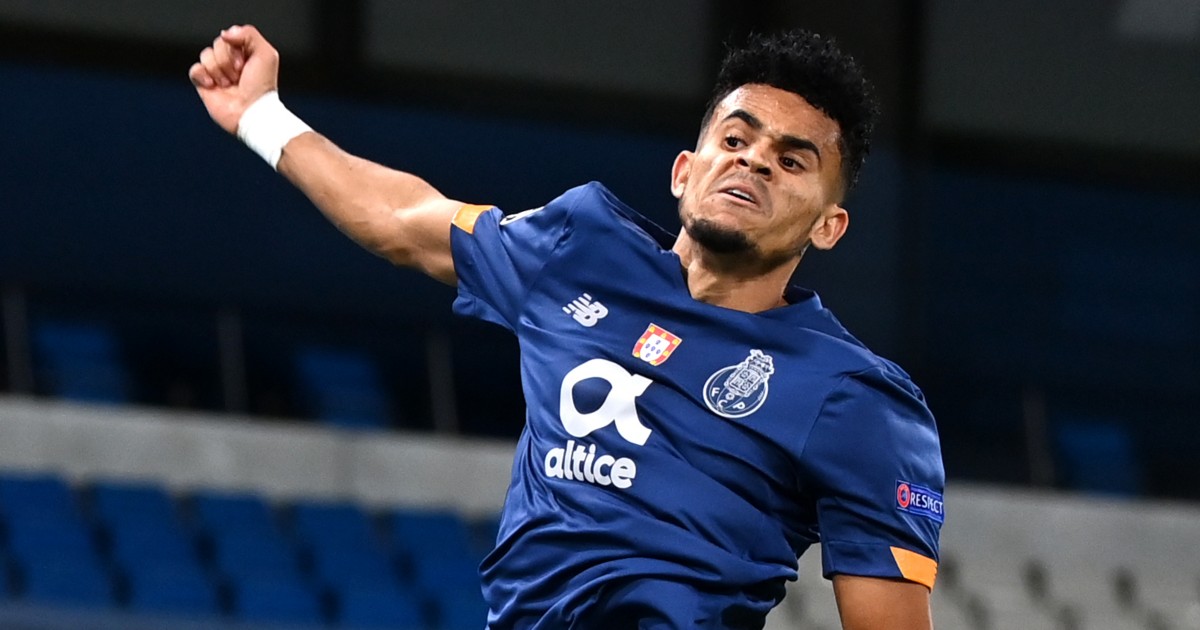 Liverpool have announced the signing of Porto striker Luis Diaz for a fee that could rise to around £49million and Jurgen Klopp is happy.

After stealing a march on Tottenham and forcing Daniel Levy to contemplate reporting Liverpool to Liverpool, the Reds agreed a five-year contract with Diaz and confirmed the deal on Sunday.

The move is subject to work permits and international clearance but those formalities should be concluded when Diaz returns from Colombia duty after the international break.

Liverpool manager Klopp was delighted to secure his first signing of the winter window, which he says is in line with his policy on January signings.

“I could not be happier that we’ve been able to get this deal done and bring Luis to Liverpool,” he told the club’s official website.

The moment you’ve been waiting for…

“We believe he has everything needed to fit into our way and adapt to the Premier League, both physically and mentally. He is a player who is hungry for success and knows you have to fight to get what you want. He is a fighter, no doubt. He’s a skilful team player who has always the goal in mind.

“This team deserved to add quality and when we played against Luis earlier this season, we saw what a danger he is, how fast he is and how his mentality was to help his team.

“We know Porto is an outstanding club who nurture players in the best possible way and provide a brilliant football education. They are a class club and, I have to say, have been tough negotiators.”

“We also have to say thank you to the Colombia FA for being so helpful in allowing us the time to complete this deal,” Klopp continued. “They have a big game on Tuesday and I know as well as anyone how important preparation is for matches, so for them to allow us a few hours to finalise the transfer without impacting their training was greatly appreciated.

“I also must make clear my appreciation to our ownership and football operations team for how they have managed to act so decisively to get this done.

“Luis is a player we believe will make us better now and in the future. He is the player we really wanted and they’ve made it happen, so I am very happy.”