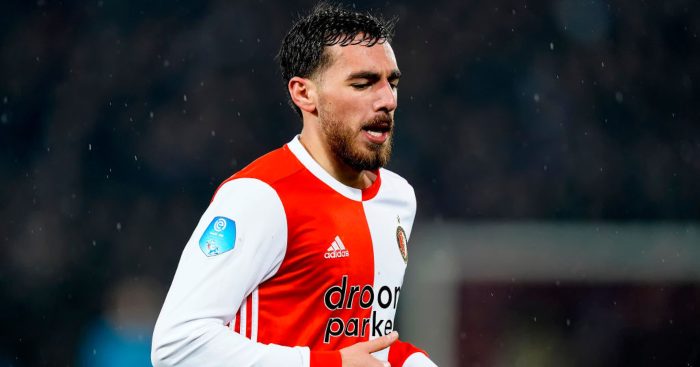 Feyenoord midfielder Orkun Kokcu is a target for Premier League side Arsenal, according to the Dutch club’s manager Dick Advocaat.

The paper reported that “Arsenal have opened talks with Feyenoord” for the playmaker with a £23million transfer fee mentioned.

Advocaat told Fox Sports on Sunday that he believes the rumours of Arsenal being interested in Kocku to be “true” but says that as far as he knows Arsenal have not sent anyone to the Netherlands.

OPINION: 1-0 to the Arsenal…and that really should be celebrated

“It seems that what I read is true. But no one has yet come to Feyenoord (to make their interest clear),” Advocaat said.

Asked if the player could fit into Mikel Arteta’s side at The Emirates, he said: “I think he fits everywhere.”

The Turkey U21 attacking midfielder has scored two goals and grabbed four assists in 22 Eredivisie games this season and is under contract until 2023.

It’s not the first time the Mail have linked Arsenal with Kokcu. Back in October while Unai Emery was in charge they claimed Arsenal were “planning a £20million approach”.

And more recently last month the same paper claimed Arsenal were plotting a summer move for the player with his price tag at £15million.

The newspaper have previously claimed that with Kokcu is set to be included in Turkey’s Euro 2020 squad, and then a host of clubs will be queuing up to take a look at him and potentially make a move.