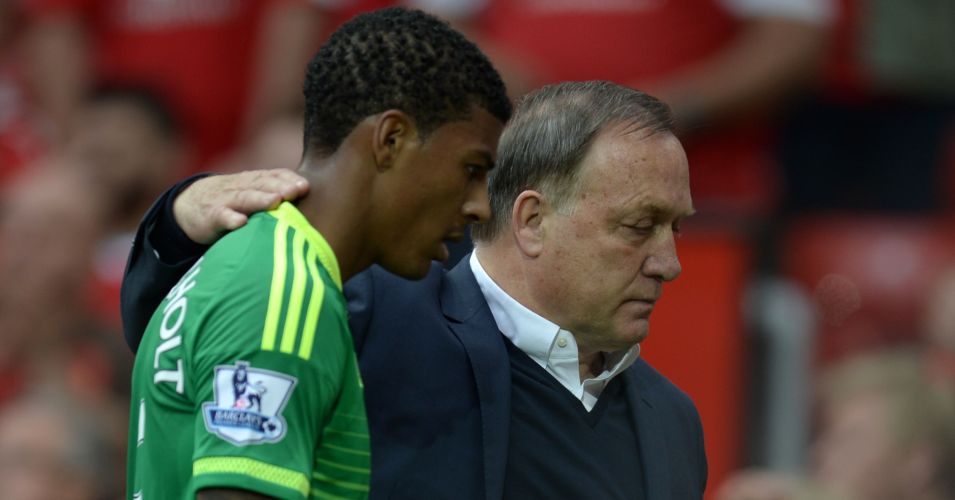 The Black Cats surrendered to a 3-0 defeat at Old Trafford after keeping out the hosts until added time in the first half.

But Advocaat’s side failed to offer any response after going a goal behind, with Wayne Rooney’s goal immediately after half-time being sandwiched by strikes from Memphis Depay and Juan Mata.

The Sunderland boss picked out a number of his players for criticism. First up was left-back Patrick van Aanholt.

“The first goal, it was a long ball. Patrick van Aanholt is watching his own man rather than following the ball,” Advocaat said.

“You cannot let the ball go from that distance. The second goal was too easy, the third goal the same.”

Next in the firing line was Adam Johnson, who was substituted at half-time.

“Every ball he touched was wrong,” said Advocaat, who gave striker Fabio Borini both barrels too.

“Borini as a striker had problems keeping the ball, that’s why I brought on (Steven) Fletcher (at half-time),” he said.

Advocaat admits much work must be done for Sunderland to drag themselves off the bottom and out of the relegation zone.

“We have a lot of games to go but we have to think about how we change things in the squad, as players,” Advocaat said.