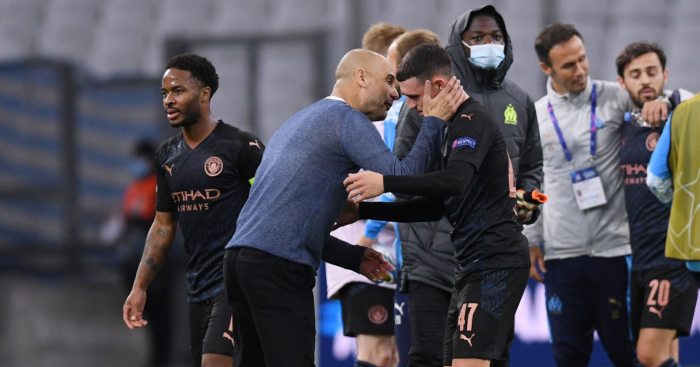 Dietmar Hamann claims “any other manager would be in big bother” at Manchester City but Pep Guardiola has been saved by “Barcelona history in the boardroom”.

The Citizens only won the League Cup last season after they were dumped out of the Champions League at the quarter-final stages and were beaten to the Premier League title by a rampant Liverpool side.

However, it is their record in the Champions League that will be most concerning for the City hierarchy, with Guardiola yet to find a way past the quarter-finals in his four seasons at the club.

“If you look at their record in the Champions League, any other manager would’ve been in big bother,” Hamann talkSPORT.

“Obviously he’s got some Barcelona history in the boardroom and maybe that’s why he’s still there.

“He didn’t reach a final with Bayern Munich or Man City – and if you look at the teams who did, they don’t have the same funds.

“It’s simply not good enough. If you look at the teams who beat them, I just wonder what has to happen for them to make a change.

“We don’t like managers getting sacked, but I think any other manager would be in big bother.”

And Hamann has suggested that a squad can only put up with Guardiola’s high demands for so long, he added: “Historically, he was at Munich for three years and he improved the team, but the players were happy when he left because he was so demanding.

“I think a manager like Guardiola can’t be at a club for more than four or five years.

“He’s done that at Man City and if you see the players they bring in, there is no continuity and I don’t see them improving enough with the money they’ve spent.

“I think they’ve peaked under Guardiola, I don’t see them winning the Premier League or the Champions League in the next few years.”