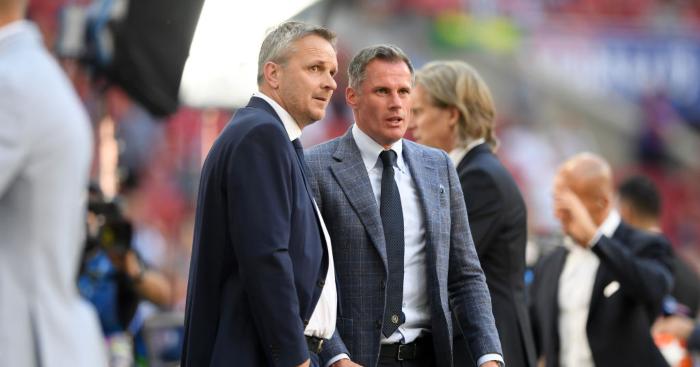 Former Liverpool midfielder Didi Hamann is confused why his former club would want to sign RB Leipzig striker Timo Werner as he doesn’t fit into their style.

Werner has been flirting with a potential transfer to Liverpool, while the Merseyside club have been consistently linked with a move for the Germany international.

The 24-year-old has scored a remarkable 21 Bundesliga goals this season but is reported to have a release clause of just £51m in his contract.

When asked whether Werner would be a good signing for Liverpool, Hamann replied on Sky Sports: “I’m not too sure. They said in the papers today that he doesn’t want to go to Bayern Munich. He always expressed how fond he was of Jurgen Klopp and Liverpool the club he maybe wants to join.

“But the thing with Liverpool is you’ve got probably the best front three in world football. If you play out wide at Liverpool, even though the full-backs like to go on the overlap, Salah and Mane are both very tricky players. They have got huge trickery, they are very skilful and Timo Werner is not that type of player.

“His biggest asset by far is his pace and if I watch games now – even at Anfield – with Liverpool being so superior to most teams, all the teams sit back. And if you deny Werner space I think he’s a lot less effective.

“You look at his goals for Leipzig, obviously his goal record this season is outstanding but they like to play on the counter-attack, they are not really a possession team. I don’t think he’s got the trickery to play out wide as Mane and Salah have.

“Then if you look at Firmino’s position, I think that the way they’re set up you need a almost a Teddy Sheringham-type player like Firmino is because he links things up. He’s not really one who’s in behind the back four, he likes to come short and bring Salah and Mane in to play.

“So I just wouldn’t know where to play him, I don’t think he’s a wide player, I think he’s best through the middle and I just wouldn’t know where he could play or where he should play. On the other hand. I know that it’s the African Cup of Nations if it goes ahead early next year, so Mane and Salah might be away for four to six weeks, so that’s probably one thing Liverpool have got in the back of their mind.

“But I’m sure there’s players out there who might or will help Liverpool next season more than Timo Werner.”