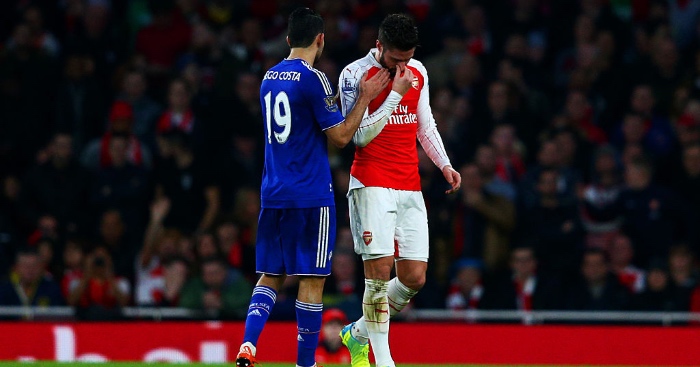 Atletico Madrid are reportedly interested in signing Olivier Giroud from Chelsea in the January transfer window.

The La Liga giants confirmed on Tuesday that they have reached a mutual agreement to terminate Diego Costa’s contract, who is now available on a free transfer.

Costa is said to have fallen out with Diego Simeone and the Atletico boss is keen to bring in a replacement for the Spaniard when the transfer window opens.

READ MORE: Five tactics Lampard has got wrong at Chelsea this season

According to Italian broadcaster Rai Sport, Giroud is one of the forwards Simeone is interested in making a move for.

The Frenchman has just six months left on his Chelsea contract and there were strong rumours he would be looking to move on in the new year after he spent the first chunk of the season warming the bench.

But the striker has returned to the team and has been banging in the goals for Frank Lampard’s side.

His form has quelled the exit rumours somewhat and Chelsea would likely have to find a replacement themselves were Giroud to leave the club.