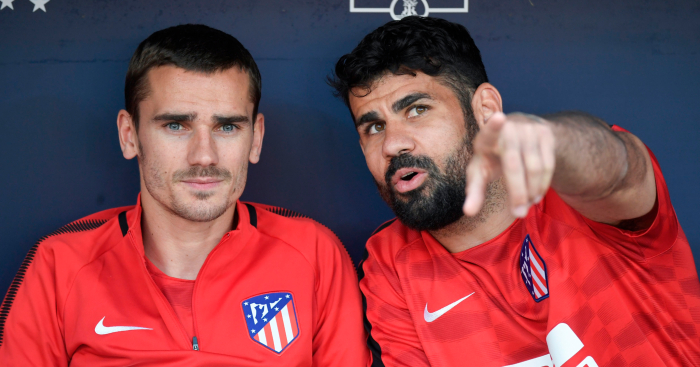 Diego Costa has had the gall and complete lack of self-awareness necessary to describe another human being as a “b*stard”.

Costa has established himself as one of the world’s finest footballing b*stards over a 12-year professional career.

He passed his GCSEs in b*stardry at Braga, before flying through his b*stardry A-Levels with Atletico Madrid and Valladolid.

At Chelsea, the Spain international received his B*sterds degree – the equivalent of a Masters – and began teaching courses in b*stardry at the University of B*stards.

Now back at Atletico Madrid, Costa is the world’s leading b*stard, and is now able to detect other b*stards within a 200-mile radius.

That makes it easy for Costa to identify teammate Antoine Griezmann as a b*stard after the Frenchman made all that b*starding fuss about his b*stard future.

“I haven’t seen the documentary, but I knew what was the end. When it takes so long to make a decision it’s because he was going to stay,” Costa told Onda Cero.

“I knew that he identified very much with the fans, with the people, with us. I was delighted,” he continued before aiming a jibe at his French friend.

“The b*stard will have received good money.

“If he is going to charge whatever, I don’t have to be envious,” Costa said. “I have what I have and it’s not necessary to knock on the door.

“What I have to do is score goals, enjoy.”