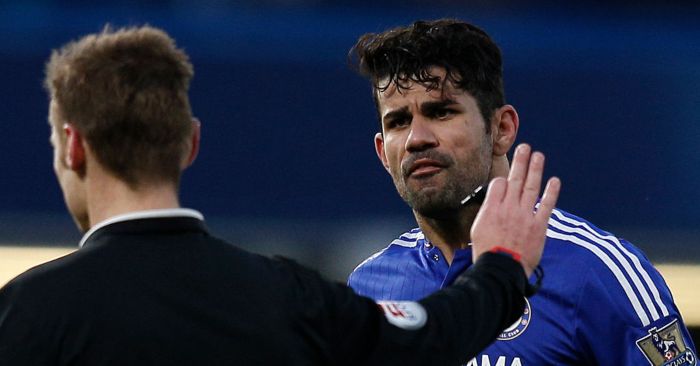 The story of how Diego Costa first became entwined in the complicated transfer web of Jorge Mendes seems too good to be true. It reads like one of those ‘I forced a bot to watch a thousand Donald Trump rallies and then asked it to write one of its own,’ with the result a strange mix of coherent phrases, ‘fake news’ buzzwords and believability.

The agent has rarely come across as more opportunistic, the striker never as much of a uniquely talented sh*thouse than when they first crossed paths 13 years ago. The 2006 Taça de São Paulo, a youth tournament held in Brazil each year, provided a teenage Costa with a platform he was determined to propel his career from, and a relatively unknown Mendes with a lump of coal he could squeeze into a diamond.

“It’s a huge event and a big party for the whole city,” Jesús García Pitarch once told Fran Guillén, the author of Costa’s The Art of War biography. Pitarch would later orchestrate the Spaniard’s move to Atletico Madrid in conjunction with Mendes, who told Costa to “get a flight” to the capital for a deal he later said he “knew nothing of”.

“Scouts and coaches from the big clubs always come to the final, but even in the early stages you see unbelievable players and there are a lot of clubs who do very well out of it,” Pitarch added. “Even though Diego managed to get himself sent off in the first match – remarkable! – he had already caught someone’s eye.”

As Costa remembers it, he shouldn’t even have been playing. “I had already been suspended for four months for slapping an opponent and then giving the referee a bit of lip when he showed me the red card,” he recalls. “I’ve no idea if someone had been pulling strings behind the scenes, but I ended up playing anyway.

“The minute I came off I talked to Mendes’ representative and they signed me up to go to Sporting de Braga. I didn’t hesitate for a moment because I knew that Jorge was behind the offer and that he was pretty much the best in the world.”

It is an anecdote that captures the essence of both characters in a microcosm, even when the traits of neither were truly established at the time: an already suspended Costa getting sent off but still managing to prove his skill, and Mendes ruthlessly capitalising for his own benefit.

Perhaps it is doing the agent a courtesy to credit him solely with Costa’s latest link. He has done little more than inadvertently offer his name for an unsubstantiated quote and watched on as social media has willed a ‘usual bullsh*t’ rumour to life in an otherwise quiet summer.

Costa does not fit the Wolves blueprint; precisely the opposite, in fact. He could be the raging bull that knocks down the house of cards, a volatile threat to a well-crafted equilibrium. João Moutinho is their only outfielder older than 29, but he suits Nuno’s squad perfectly. Their most recent outfield signing in their 30s before the Portuguese was Mike Williamson, who joined under Kenny Jackett in January 2016.

But the inherent risk comes with the potential of a substantial reward. He could help take Wolves to the next level as the wildcard to their brilliant but predictable deck. The gap to the previously closed top six shop felt small at the end of last season and even more assailable this summer. Yet nine points is a daunting amount of ground to make up. A player with 52 Premier League goals in 89 appearances to Roberto Firmino’s 48 in 137 would surely help, and Wolves ought to indulge in their status as a side with justifiable European aspirations.

The positives outweigh the negatives, much as Everton’s need would supersede that of their fellow upstarts. The Toffees want both a striker and a ‘statement signing’; Costa would be a message bellowed from Merseyside rooftops.

As good as Dominic Calvert-Lewin is, he does not possess two Premier League winner’s medals, both of which were procured after 20-goal seasons. Marcel Brands might favour signing younger players to develop, but Costa’s own tendency to bend the rules is enough to persuade any club to loosen their own self-imposed regulations. He could offer Wolves an edge, but he would provide Everton with an entirely new dimension – and neutrals with a point of constant intrigue.

It is not as outlandish as it sounds. The arrivals of João Félix and Alvaro Morata make Costa dispensable at Atletico Madrid, and while both his English suitors are below his typical level, they bring a certain kind of appeal.

The Premier League misses Costa, and the feeling is mutual. He was the difference between Chelsea winning the title and just missing out on two occasions, and could have a similarly transformative effect on Wolves or Everton. His natural ability was waned somewhat – he turns 31 in October – but his raw, animalistic winning mentality remains. That he still has to serve one game of an eight-match ban for threatening to defecate on a referee’s “wh*re mother” shows the beast we all know and love to hate is alive and well.