Home Arsenal Diego Costa: The last of the utter sods 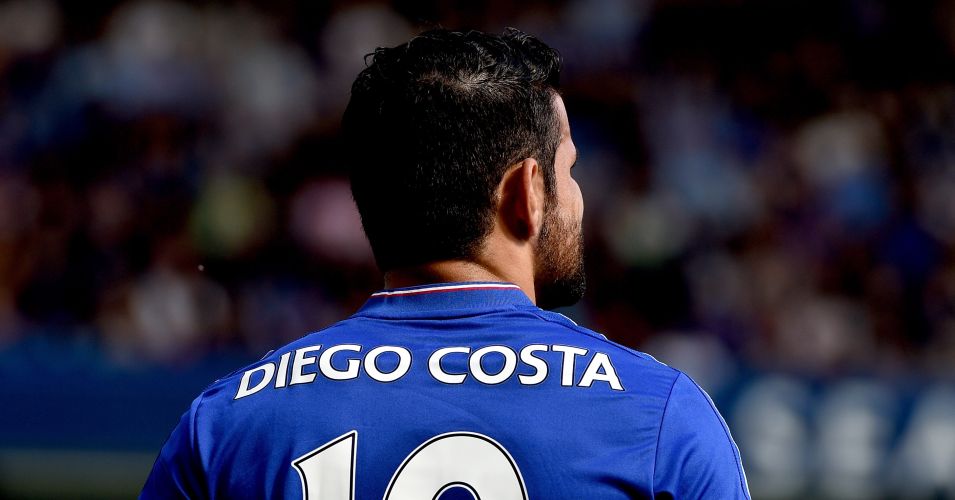 Almost nobody plays like Costa. If you like dirty, physically aggressive nastiness, you’ll be dining off meagre rations in the 2015 Premier League.  Johnny sounds more than a little sad…

Apparently the Premier League holds its vaunted status as the richest, most watched league in the world because people want to see random acts of petty violence. This is Jose Mourinho’s view, expressed in defence of Diego Costa’s robust play. We get this sort of nonsense a lot.

Let’s get this clear from the start: the Premier League doesn’t have a definable set of characteristics. It doesn’t have a unique style of play, nor some sort of singular metaphysical attitude to football and life. Everything that happens here, happens somewhere else. The theory that the football played by a united nations on English soil is somehow unique simply does not hold up to scrutiny.

For years we have been hearing ex-players and commentators going on about ‘the English game’ as though there is something unique about football played here. All that expression ever meant was that it was more physical than…err…somewhere else foreign, oh and that the English were experts in the important field of playing whilst bleeding from an open head wound.

But it always seemed to ignore the fact that teams elsewhere in the world could also be physical and also had the ability to leak crimson into a crepe bandage with the best of them. Eastern European sides in the 70s were hilariously aggressive, all Argentinians could kick your liver out and Italian defenders actually ate people but still only got a yellow card due to corruption.

In other words, it was a nonsense to portray physicality as unique even back when ‘the English game’ was embraced in football’s culture as an emblem of nationhood.

Saying the Premier League is popular because of Costa’s style of play is just a modern twist on the same idea, but it is no more true. Firstly, almost nobody plays like Costa. If you like dirty, physically aggressive nastiness, you’ll be dining off meagre rations in the 2015 Premier League. This is a league full of athletes, sprinters and expensive haircuts. Rough-housing – and what a marvelously Victorian word that is – barely happens because it’s usually penalised and because players are not built for it. They’re all muscle and no gristle. It’s pretty much Costa and Costa alone who is trying to keep up the game’s great tradition of being an utter sod. So what Mourinho said is, unsurprisingly, wide of the mark.

Even the idea that 21st century fans want that sort of football is very open to question. Try saying that players should be less protected, should be allowed to tackle from behind, should generally stop being massive wusses and getting all emotional because a multimillionaire has broken something, and you will receive widespread opprobrium on these pages and elsewhere. You will be accused of being a dinosaur, a thug and even a very bad person who hates children.

Try suggesting that the almost moral obsession with possession football has put a wet blanket over so many matches and that a high-speed game of kick and rush – back when crunching tackles were not declared a sin against God – was ten times more thrilling than the anodyne, low body fat, athletic, risk-averse percentage football fed to us today as part of a brief interlude between advertising stuff that no-one needs, and you will not find yourself in the majority.

If you put your head above the parapet and said ‘actually I like Costa precisely because he’s a big, ugly, dirty git, winds people up, dishes out some stick, and I rather like seeing physical aggression spilling into outright violence in sport’, you will be declared immoral. There’s no place for that anymore.

Sadly for some, the days of the psychotic centre-forward with an arse so big it has its own gravitational pull and the ability to headbutt his way out of a North Koreran jail, have gone. If people are watching the Premier League for any reason, and not just to take their minds off their own on-rushing mortality, it is to see players run fast at the goal.

The nearest we get to physical football today is watching someone take their top off after scoring a goal to show us their muscles and weird, pre-puberty hairless chest and get all homoerotic bodybuilder on our, admittedly flabby, ass. That’s what people are watching the Premier League for, apparently. And a lot of people think that’s progress.