Home All The News Diego Costa: The referees hate me, I can’t change that 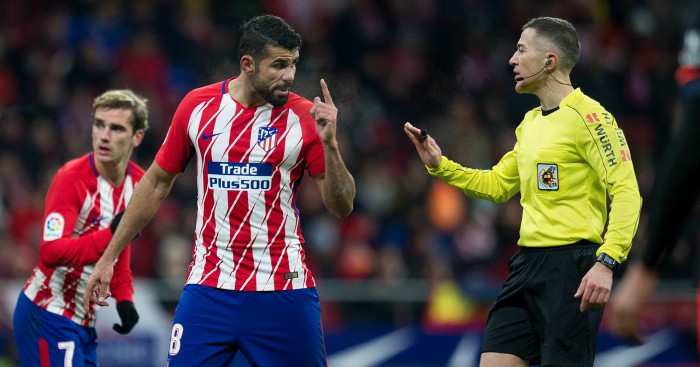 Diego Costa believes that “the referees hate me and there’s no way to change it”.

Costa left Chelsea to re-join Atletico Madrid in January, and has impressed back in Spain.

The 29-year-old has scored four goals and assisted two in eight games as Atletico look to keep the La Liga title race alive.

But the striker has not shed the reputation he cultivated in the Premier League, having been sent off on his debut last month.

He was booked in the 2-0 win over Athletic Bilbao at the weekend, and says there is little else he can do to prevent his reputation preceding him.

On his booking for protesting an offside decision, Costa told AS. “You know how it is. The referees hate me and there’s no way to change it.

“Referees, not all of them, book me for the smallest thing. He was desperate to book me and that’s that. There’s no use thinking about it any more.

“If you look at the images, I didn’t protest rudely. He wanted to book me and that’s all.”