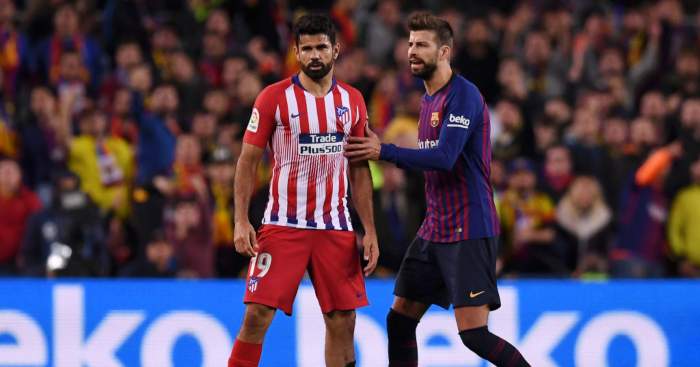 Premier League side Wolves have not agreed a deal to bring Diego Costa back to the Premier League, contrary to other reports.

The Spain international has scored 11 goals in 42 matches since returning to Atletico Madrid from Chelsea in 2017 but there have been reports that he could leave this summer due to the arrivals of Joao Felix and Alvaro Morata on a permanent deal.

Quotes attributed to super agent Jorge Mendes – who has worked closely with Wolves on a number of deals over the last couple of years – emerged on Monday claiming one offer for Costa from England stands out.

“Diego has had many offers to return to England but only one stands out,” Mendes is quoted as saying.

Is Diego Costa heading to Wolves?! 👀

However, our friends at Sport Witness – who are experts at dissecting reports from abroad – said on Tuesday evening that ‘Globo Esporte are not reporting he’s agreed anything with Wolves’.

And added: ‘And Jorge Mendes hasn’t said anything about an offer from England. Not sure if this some kind of media experiment or just usual bullshit. Either way, it’s bullshit.’

And Jorge Mendes hasn't said anything about an offer from England.

Not sure if this some kind of media experiment or just usual bullshit. Either way, it's bullshit.

We trust these guys…