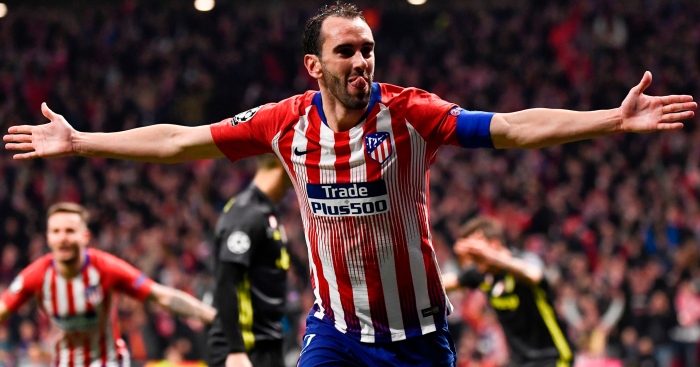 Diego Godin was emotional upon announcing at a press conference that he will leave Atletico Madrid this summer.

The Uruguay defender struggled to hold back tears while discussing an end to his nine-year career with the Rojiblancos.

“I’m a little nervous, much more than I am before a game, but I have called everyone here to inform you that these are my final days at the club,” said Godin.

The centre-back refused to confirm his next destination but Inter Milan are favourites to land the 33-year-old on a deal reportedly worth around £110,000 a week.

Atletico president Enrique Cerezo said: “We are here to say goodbye to an Atletico legend. You have been a vital part of this great era for the club, with your efforts and your goals, like the one which gave us the title at the Nou Camp.

“You have fought in a thousand battles and defended the club’s shirt in every game and you have worn the captain’s armband. Wherever you end up, Atletico wishes you a lot of luck. Atletico is your family, the Wanda Metropolitano is your home.”

Diego Godin: "I refused Manchester United bid one year ago because I decided to stay at Atlético Madrid. Now – one year later – it's time to go". He has already signed his contract with Inter. 🔴 #Atleti #MUFC #transfers