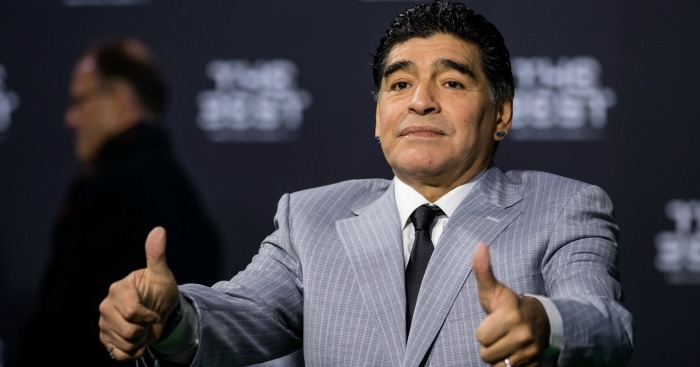 Diego Maradona is reportedly suing two of his own children for £1.45m.

Maradona has instructed his lawyer to take legal action against Dalma, 30, and Gianinna, 28.

According to NDTC Sports, Maradona claims that his daughters stole money from him and transferred it to a bank in Uruguay. He accuses their mother, his ex-wife Claudia, of masterminding the theft.

It is hardly the first time that Maradona has threatened to do something similar. In 2015, he accused Claudia and her partner Jorge Taiana of stealing $9m from him and investing it in property in Florida.

In 2014, he accused his girlfriend of embezzling property of his $18 m.

Somehow, Maradona has held down the job as manager of Fujairah SC in the Unied Arab Emirates since May. He had been out of work since being sacked by Al-Wasl in Dubai in 2012. It really is mad to think that he was manager of Argentina at a World Cup finals.

Argentine soccer legend Diego Armando Maradona will sue his two daughters for allegedly defrauding him of $1,850,000.