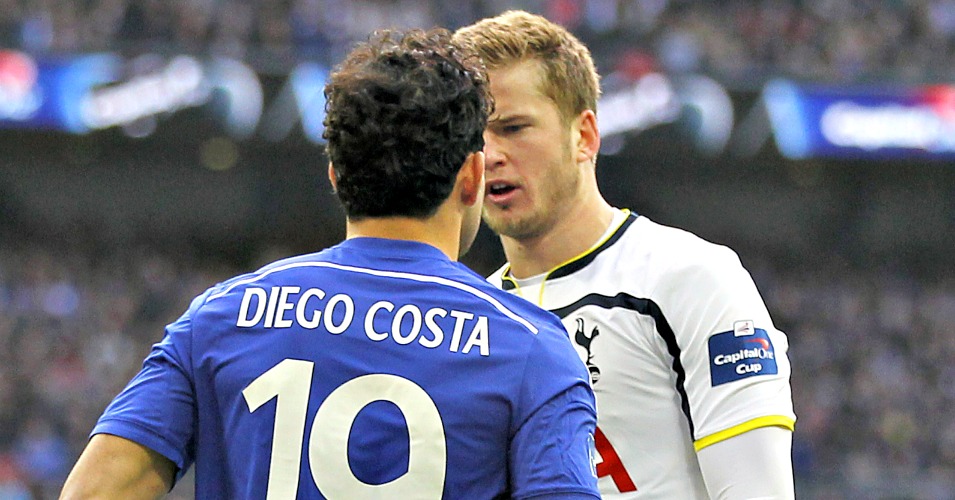 Eric Dier says being “nice” to Diego Costa nullifies him, and the Spurs midfielder is happy to continue proving people wrong this season.

Dier has emerged as Spurs’ most important player so far this season in an unfamiliar role as defensive midfield destroyer, with the England Under 21 international continuing to prove his versatility since joining in 2014.

Dier, who played at centre-half, right-back and midfield on many an occasion at former club Sporting Lisbon, is happy to continue proving people wrong as he as he prepares to make his return to Premier League action following a one-match suspension.

“I like to think that I have proved a lot of people, who were doubting it, wrong,” Dier told the Guardian. “Because I know that a lot of people did. People will say: ‘Ah, I know nothing about this kind of stuff.’ Some people try to play it cool but you are going to know. But it didn’t bother me. I looked at it like I had nothing to lose. Now it’s just a question of maintaining it.”

Dier feels the Spurs team as a whole is defying expectations, with Mauricio Pochettino’s men unbeaten in the league since an opening-day defeat to Manchester United.

“We were the youngest XI every weekend last season when we finished fifth and it’s obvious this is a team that is going to grow,” he says. “That’s the only thing that can happen when you are that young and you gain experience every week. Naturally you are going to get better and better.”

The 21-year-old also discussed Chelsea striker Diego Costa, who has built a reputation for basically being a bit of a sh*thouse at Stamford Bridge.

Dier’s first battle against Costa came in the Capital One Cup final earlier this year in which he shackled the Spain international admirably despite eventual defeat.

“I think I handled Costa well,” Dier said. “He is the kind of guy that you need to be nice to. I see all these people trying to fight him. I’m not sure that’s the way to go.

“At the beginning, I wanted to make sure he knew I wasn’t going to roll over but after that he seemed fine to me.

“Obviously we both speak Portuguese and we spoke a lot during the game. It was all good-humoured. There wasn’t any malice from either side.”