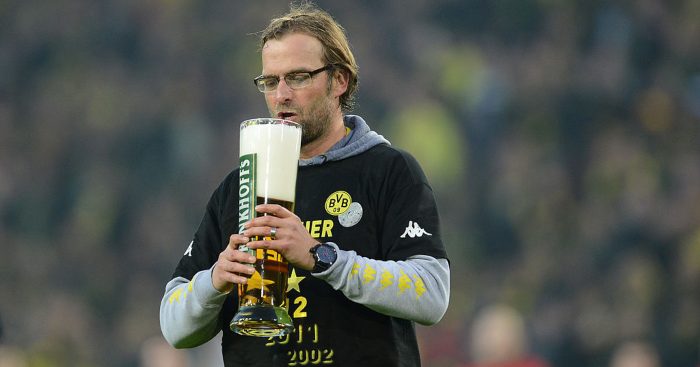 Dietmar Hamann has warned Liverpool that Jurgen Klopp will either be “lying on the beach” or managing the Germany national team before 2025.

The German boss – who has a contract at Anfield until 2024 – led the Reds to their first Premier League title in 30 years last season as they won the league with seven games to spare.

Their Premier League triumph came after winning the Champions League at the end of 2018/19, beating Tottenham 2-0 in the Madrid final.

By winning the Champions League and Premier League, Klopp has secured a godlike status around Merseyside and he still has at least four years to cement his place in Liverpool folklore.

However, Hamann reckons it’s unlikely that Klopp will still be at the club in 2025.

“It is astonishing that Jürgen Klopp has already been a coach at Liverpool for five years,” Hamann told SportBILD (via Sport Witness).

“But when you are successful, time goes by faster.

“Since the Champions League victory against Tottenham in 2019 and the first title this summer for Liverpool after 30 years, this coach is a living legend.

“I would wish for Liverpool that he would still be the coach in 2025.

“But either Klopp will be lying on the beach, or he will be the coach of the German national team.”

Meanwhile, pundits have already started to write off Liverpool’s season without Virgil van Dijk, who sustained an injury in the Merseyside derby.

Klopp’s mood has not been helped by the fact he will have to pair midfielder Fabinho alongside Joe Gomez at centre-back against Ajax on Wednesday night as Joel Matip did not travel as a precaution after also sustaining a knock on Saturday.

“I am old enough. I know how the world is. I know what people do. A lot of people speak before they think,” Klopp said ahead of the match in Amsterdam.

“We have a situation. We are here without Virgil van Dijk and Joel Matip and we will still give it a try. What can we do now?

“People can say what they want, it is a free world, but three weeks ago, they said we would run away (with the league).

“Now, three weeks later, we are not even in contention for anything any more. That’s football. That’s the world right now. We cannot be that excited. We have to stay calm.

“Why should I think the boys cannot deal with the situation? But the number of questions you ask suggests you think we will all struggle with it.

“Hopefully the results in the next few weeks will calm you all slightly down but I cannot promise it.”