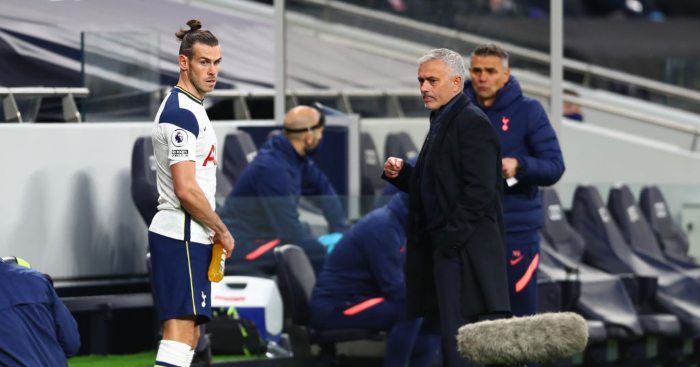 Dietmar Hamann thinks Tottenham could pip Liverpool and Manchester City to the Premier League title with three factors on their side.

Tottenham brought in a number of players during the summer transfer window, including deals for Gareth Bale and Sergio Reguilon from Real Madrid.

And that, coupled with their decent start to the Premier League campaign, has seen a few pundits tip them to challenge last season’s top two for the title.

Hamann thinks Liverpool’s injury issues in defence could see them struggle to retain the title this season with Virgil van Dijk ruled out for several months with a knee injury.

Hamann told talkSPORT: “It will have a huge effect on the title race.

“When you lose Van Dijk, he is the best centre-back in the world at the moment.

“What the guy has done since he came to the club – he galvanised them and changed them from one of the most vulnerable defensively to one of the best.

“It also affects your team going forward, because if Van Dijk is not in the team they’re probably a bit more cautious. He’s clearly a big loss.”

Gabriel Jesus and Sergio Aguero are currently missing for Manchester City with the Citizens only picking up eight points from their first five matches.

And Hamann reckons it could be a second season in a row without Premier League glory for Man City.

Hamann added: “City haven’t got any strikers at the moment, I think they’ve peaked under Guardiola. I don’t see them winning the Premier League or the Champions League in the next few years.

“I think a manager like Guardiola can’t be at a club for more than four or five years. He’s done that at Man City and if you see the players they bring in, there is no continuity and I don’t see them improving enough with the money they’ve spent.”

With City and Liverpool experiencing problems, Hamann is tipping Tottenham as the club that could take advantage of the situation with the Jose Mourinho factor.

Hamann continued: “The team I really like at the moment is Spurs.

“If they are in the mix come March, April, I think Mourinho may have one last hurrah in him.”