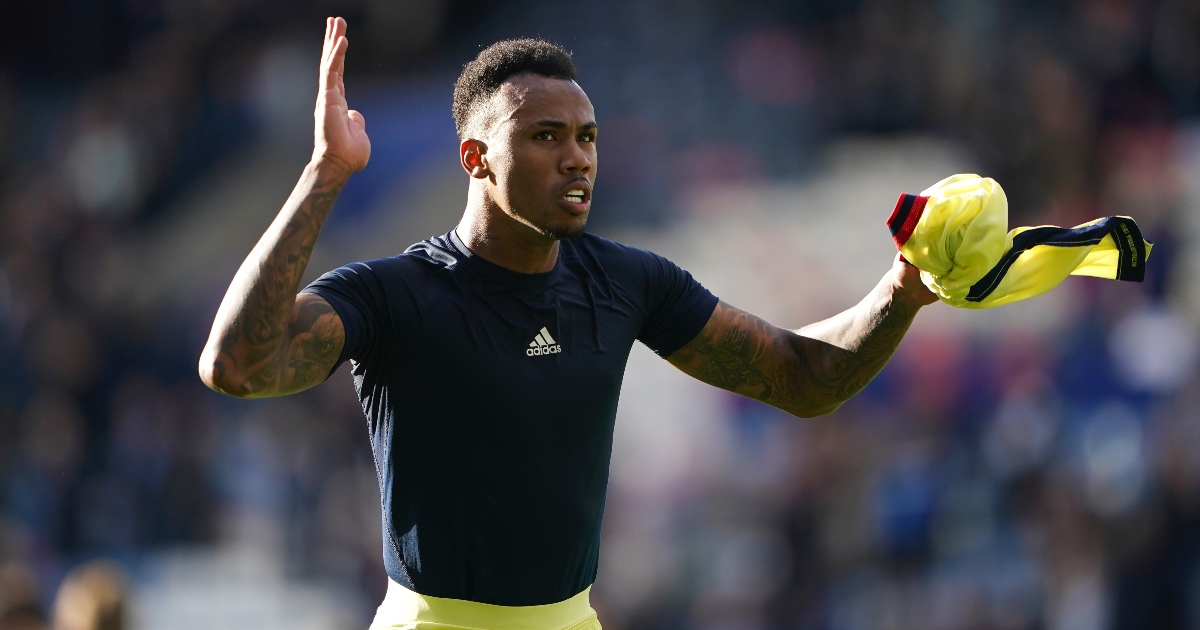 Garth Crooks believes Arsenal look like “a different outfit” when Brazilian defender Gabriel Magalhaes is in their starting XI.

The 23-year-old missed the Gunners’ first three league matches of the season due to a knee injury.

Mikel Arteta’s men looked hopeless in those matches, losing all three without scoring a single goal.

Who would want the Spurs job? And why does Kane get away with it?

However, Gabriel returned to full fitness for matchday four as Arsenal picked up their first Premier League win of the season at home to Norwich City.

He has now made seven league appearances this term as the north Londoners have turned things around, winning five and drawing two.

The former Lille man grabbed his first goal of the season on Saturday as Arteta’s side won 2-0 away to Leicester City.

After the impressive win at the King Power Stadium, pundit Crooks waxed lyrical about the centre-back.

“Arsenal often look a different outfit when Gabriel is fit and in the team,” Crooks wrote in his Premier League team of the week for the BBC.

“It would certainly appear since their victory in the north London derby, the Gunners’ season has come alive.

“It’s not the first time either team has used the fixture to stimulate their season but Arsenal seem to have done it in spectacular fashion.

“To beat Leicester away is one thing, but to do it in the manner they did was notable.”

Bosnich told talkSPORT that Ramsdale was “outstanding” against Leicester on Saturday.

“What I saw yesterday was a goalkeeper that can win you games,” he said.

“Going long-term, when you’re going for the big trophies, that makes such a huge difference.

“For me, the game is about men and moments and in those moments yesterday he was absolutely outstanding. Everyone knows what he can do, the hard thing is keeping it up.”