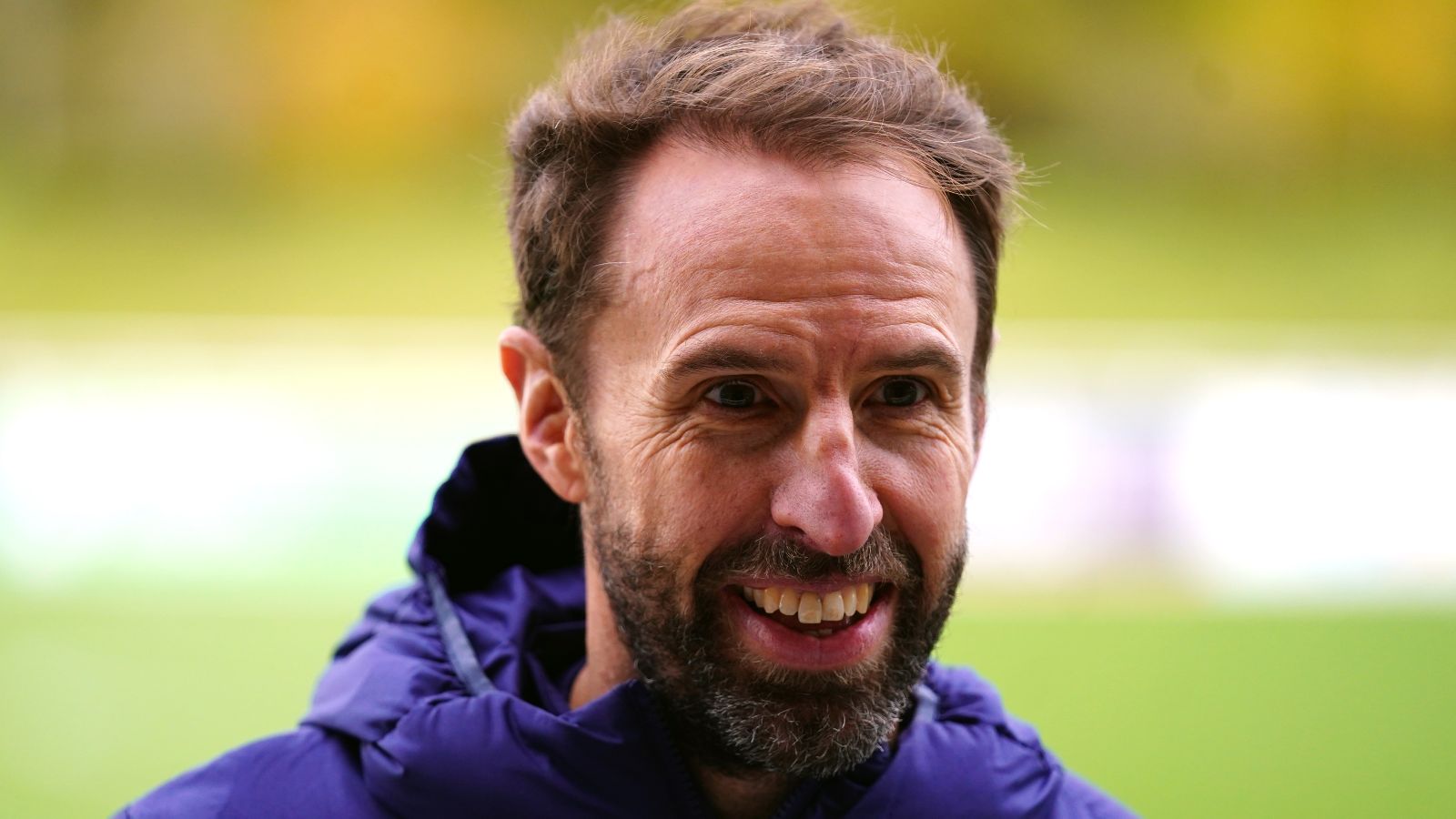 Gareth Southgate has explained why he has left Marcus Rashford and Jadon Sancho out of his England squad for their upcoming international friendlies.

The two attackers seem to have paid the price for Man Utd’s poor form, despite Sancho’s performances drastically improving in recent weeks.

Sancho, Rashford and Kyle Walker were the most notable absentees from the squad. England are due to face Switzerland and Ivory Coast later this month.

Rashford has been struggling of late and issued a statement on social media after an altercation with United fans following the 1-0 Champions League defeat to Atletico Madrid on Tuesday night.

“He’s in the same position as everybody else,” Southgate said when asked whether Rashford has a lot to prove.

“Whether they’re in the squad or not in the squad, they’ve all got to play well over the end of this season and particularly the beginning of next season.

“It’s a difficult time for him, he’s clearly not at his best. We know a lot about Marcus anyway and what he can bring to us. And hopefully he rediscovers that form that we know he’s capable of.”

Both Rashford and Sancho missed from the spot in the penalty shoot-out defeat to Italy in the Euro 2020 final last summer.

Sancho has just started reaching the sort of levels which prompted United to spend £73million on the forward but has also been overlooked by Southgate this time around.

“The other attacking players in the squad are slightly ahead of him at the moment,” explained the Three Lions boss.

“If you look at the seasons they’ve had, Jadon, over the last few weeks his performances have without doubt improved at Manchester United but it’s an area of the field where we’ve got really big competition for places and at the moment we’ve got those guys slightly ahead.”

Southgate revealed he had spoken with Walker before naming the squad, saying he wants to take a look at Trent Alexander-Arnold and Reece James in the next week or so – but that the 31-year-old would return for the Nations League fixtures at the end of the season.

“With Kyle, I had a long chat with him,” he said. “We felt this is an opportunity to look at the two younger full-backs. We know all there is to know about Kyle, he’ll be back with us in June.

“We’re very happy with what he’s done, he’s an important part of the progress we’ve made as a team and you can see in the biggest matches for Man City this year he’s still been such a key player for them.

“But these young full-backs are exciting, we need to given them opportunities as well.

“There was a little bit of doubt over a couple and we’ve got big games to get though over the weekend. This squad could change a bit, but as it stands we felt it was a good opportunity for Trent and Reece.”

While Rashford and Sancho missed out, there was still a place in the squad for United captain Harry Maguire.

The centre-back has faced stinging criticism for his performances this season but Southgate remains a staunch advocate of Maguire’s ability.

“I don’t think it ever crossed their mind not to select Harry Maguire for this squad,” he said.

“He’s been a key part of the starting XI that got us to a World Cup semi-final and a European Championship final.

“So I know the club are going through a difficult period but you’ve got to look at who are our best players in the core of the team and he’s in that group.

“There’s no doubt in my mind that he’s one of our best centre-backs and form, in that sense, is temporary.

“In our forward areas, there’s perhaps a lot more competition for some of those wide places. So I will always be accused of double standards on picking on form but there are nuances to that.”

Maguire is joined in the squad by regular centre-back selections Conor Coady and Tyrone Mings, while Ben White has been recalled for the first time since the Euros following a fine campaign so far with Arsenal.

There was also a maiden senior call-up for Crystal Palace’s Marc Guehi.

The former Chelsea youngster captained Lee Carsley’s Under-21 side during the last international break but has now made the breakthrough to Southgate’s ranks.

“With Marc he has had a really consistent season, I have been really impressed on and off the ball,” added Southgate.

“In the biggest games he has been really calm, we know a lot about him from the junior teams. There are some centre-halves who are pushing and very close but we have chosen Marc and Ben White.”

Nick Pope returned in place of Sam Johnstone as one of three goalkeepers along with Aaron Ramsdale and Jordan Pickford as Southgate said he will look at different goalkeepers across the two friendlies.