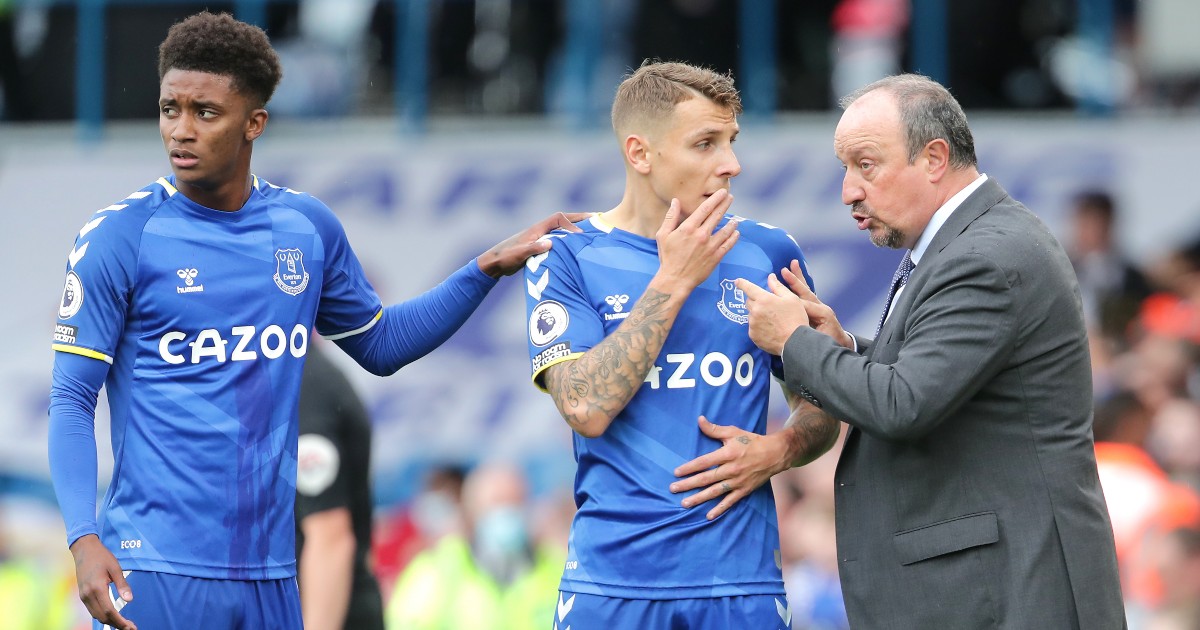 Lucas Digne has spoken out about his impending Everton exit ahead of a £25m move to Aston Villa.

Digne is expected to move to Villa Park in the January transfer window, having been tempted by the pull of playing under Steven Gerrard.

A £25m fee has been agreed between the two clubs, while personal terms are not expected to be an issue.

It will bring to an end the Frenchman’s three-and-a-half-year stay at Goodison Park, with the appointment of manager Rafael Benitez proving to be his downfall.

Digne seemed to point the finger at the Spaniard in saying goodbye to Everton fans.

‘From day one the Evertonians have received me with a lot of warm feelings, and I am forever thankful for that,’ he wrote on his official Instagram account.

‘I have loved to be a part of the Everton family. I have always worked hard to give back to the fans on and off the pitch. I have loved the unity of fans and players. Not only Goodison on a match day but also in everyday life.

‘Only one year ago I signed a new contract with the ambition of staying in this club for a long time, giving everything for my club, for the development and project, that I believed in – and for the passionate fans.

‘My dream was helping the club back where it belongs. Wearing the captain’s armband in some matches always made me proud.

‘Everything must come to an end. I just did not expect it to end this way. What has happened and some things that was said about me in the last month has made me very sad. But I will not enter a war on words with anyone.

‘There are so many good and decent people in and around Everton who want to the best for this club and not only for themselves – and to them I can only say from my heart: I wish you the best!

‘Thank you, to all you wonderful, proud and passionate true Evertonians. It has been a an honour and a true pleasure to play for you, the fans, the people – because a club does not belong to a player or a manager, but to the fans. I will always carry you with me in my heart wherever I go.

‘Sometimes it only takes one person from outside to destroy a beautiful love affair.’