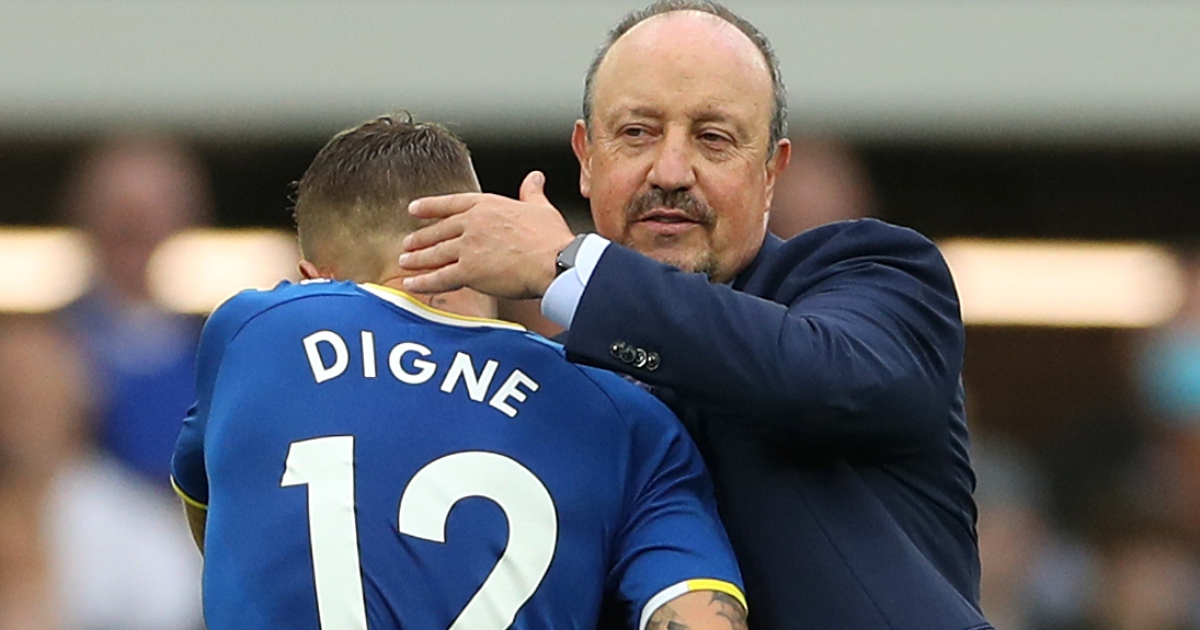 Lucas Digne says Rafa Benitez has made Everton “more of a team” after the Toffees won their third straight match at home against Norwich on Saturday.

Goals from Andros Townsend and Abdoulaye Doucoure in either half was enough to see Daniel Farke’s side off, who remain winless in the league.

Saturday’s win made it their best home start since 1989/90, to which Benitez said: “I’m really pleased with that and hopefully we can carry on against Manchester United [next week].”

Everton bounced back after losing their first Premier League match of the season the week prior against Aston Villa and being knocked out of the Carabao Cup by QPR.

Beating Norwich after a difficult spell was a great sign of character for the Everton team, and Digne believes the squad are a lot more “together” under Benitez.

“We are more compact compared to last season, we are more together and look like more of a team,” the Frenchman told evertontv.

“We are reacting very well every time we have some problems.

“This is a good way, we have a good spirit, and [positively responding to setbacks] is important for a big team.

“We are working very hard during the week and try to put this on the pitch at the weekend… we are playing good football and have to keep this.

“We were disappointed after the Aston Villa game and the cup match – the cup, even more, because we created some chances and played good football.

“But Saturday was the perfect day, a 2-0 win and a clean sheet. It was a good reaction from the team.”

Benitez has claimed that Everton will only get better after their strong start to the season.

He said after the Norwich win: “Watching them in training, I expected we could do well, but in the Premier League you never know. I’m quite happy and I think that we will get better.”