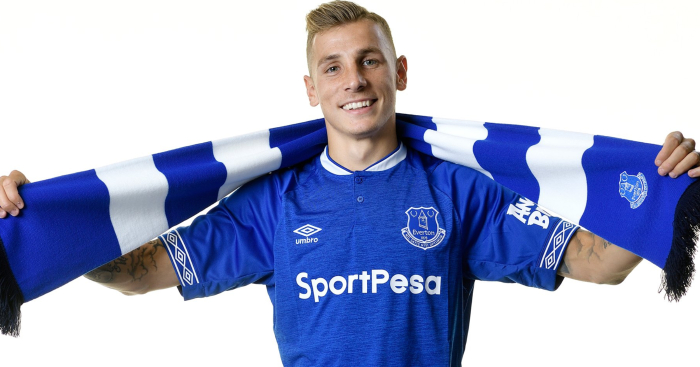 Digne was questioned about his tattoo, which reads ‘You’ll never walk alone’ and had been highlighted by a number of Liverpool supporters.

But Digne says the tattoo has nothing to do with football, and used the opportunity to endear himself to Everton supporters.

“My tattoo has a story but it’s not about football,” Digne said.

“When I was three or four years old, I went for my first day at school and my parents gave me a necklace with these words.

“Maybe Liverpool fans are so angry against me because I said two times no to Liverpool. I’m blue.”